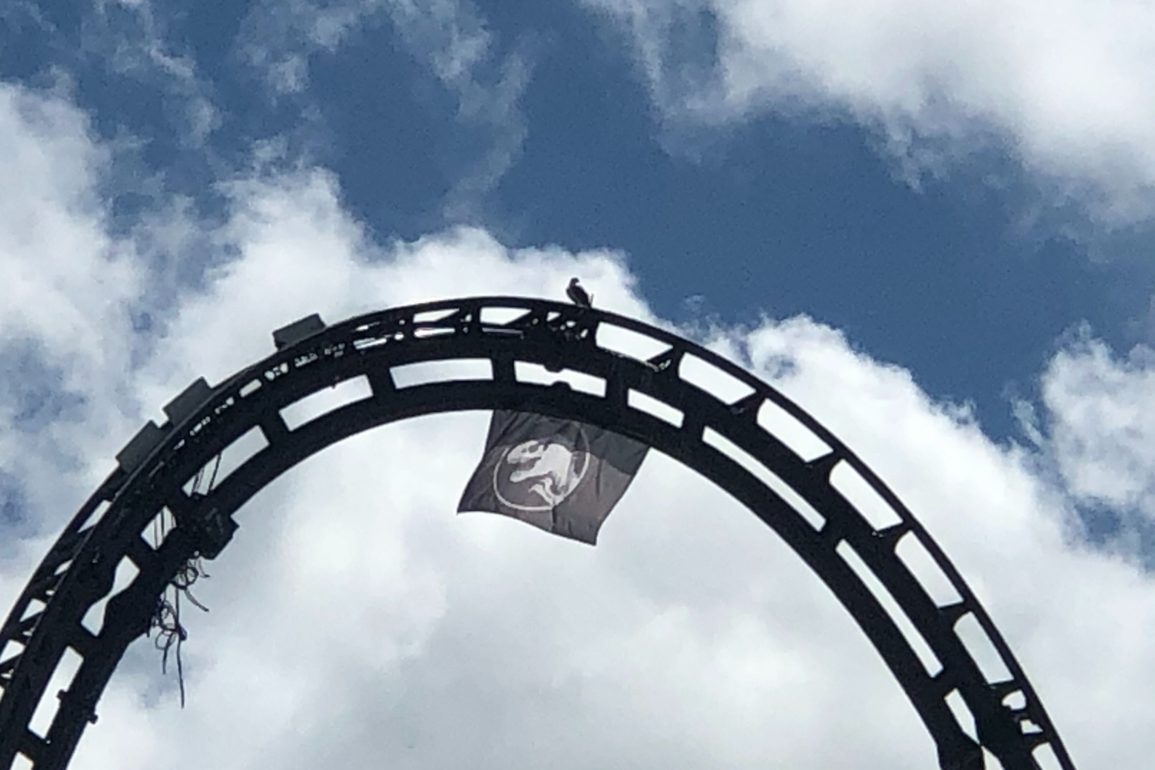 Universal’s Islands of Adventure has a new kind of raptor encounter at the Velocicoaster! A bird of prey, also knowns as a raptor in zoological terms, seems to have made a nest at the highest point of the coaster, right above the Jurassic World flag.

While Universal has not been officially announced the Velocicoaster, construction has been underway for quite some time now.

Although the bird, which appears to be an osprey, was perched at the tallest point of the coaster, she was still clearly visible from the ground.

According to the Florida Fish and Wildlife Conservation Commission, the osprey is a protected species under the U.S. Migratory Bird Treaty Act. It was removed from Florida’s Endangered and Threatened Species list in 2018.

Assuming the osprey has laid eggs, Universal would likely not be able to move the nest or would need a permit to do so. Considering construction looks complete at this point of the coaster, the nest may be able to remain for now.

As we were watching the bird, she spread her wings, looking less like a raptor and more like a pterodactyl.

We hope Universal takes good care of this real-life raptor and her eggs. You can read our last update on Velocicoaster construction right here.

Watch a video of the bird sitting in her nest and flying around the coaster below.