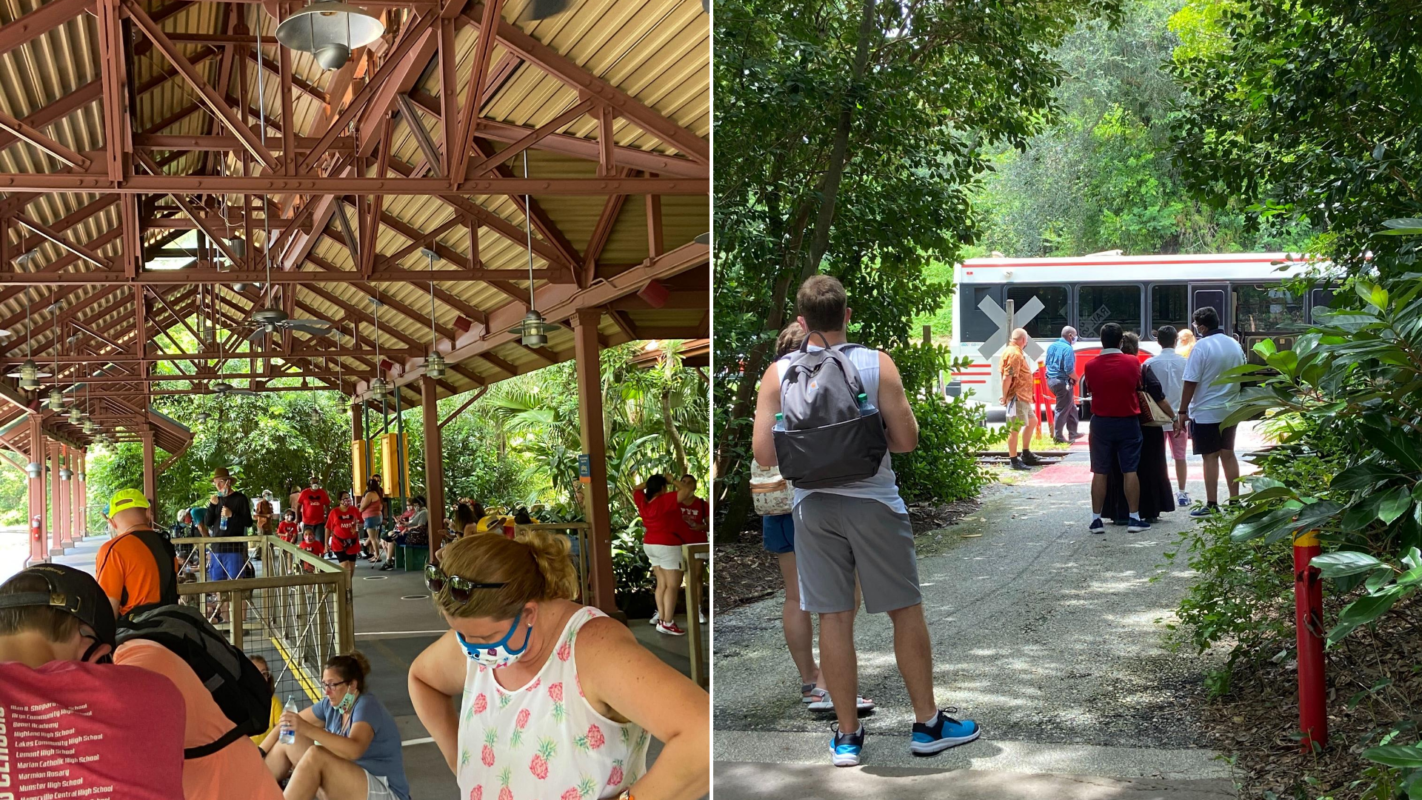 One of our reporters happened to be at Rafiki’s Planet Watch at the time and was left waiting for over an hour for a train back to Harambe.

While they waited, water bottles were distributed to keep guests hydrated and comfortable in the sweltering Florida heat.

Managers called to get Disney Transport buses to transport guests back to the main segment of the park.

About fifteen minutes later, buses arrived, and guests began boarding. Altogether, our reporter waited at the station approximately an hour and ten minutes before they could leave Rafiki’s Planet Watch.

To board, guests crossed the train tracks, entering a space seldom visited by the public.

Soon after, they were ready to depart on the quarter-mile journey back to the park.

Managers made sure all guests were evacuated.

As guests disembarked, they were let off in a backstage area near the Harambe train station.

As of 2:00 PM, the attraction is now listed as “temporarily closed” on My Disney Experience.

Keep reading WDWNT for updates as we learn more about the situation.