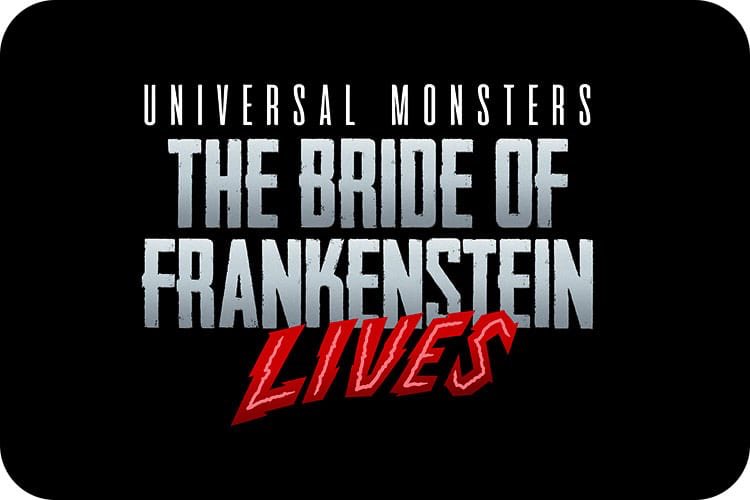 You heard it here first. The Halloween Horror Nights LIVES ON! Just officially announced, two haunted houses will be offered this year at Universal Studios Florida as part of modified Halloween offerings at the resort.

Two heart-pounding haunted houses in Universal Studios Florida—Revenge of the Tooth Fairy and Universal Monsters: The Bride of Frankenstein Lives—will open to guests, and for the first time ever, they’re included with daytime admission. Virtual Line will be available for the haunted houses. When you’re on property, use the Universal Orlando Resort app to select a return time for your group.

Do note that while these offerings are officially on a test run from Saturday, September 19 through Sunday, September 20, Premier Passholders will be able to attend a special preview starting this Friday! Registration opens Wednesday, Sept. 16, 2020 at Noon. At this time, no further details have been released on future dates for the Houses.

“We belong dead.” The last words of Frankenstein’s monster on that fateful night when his Bride rejected him. But his end was her beginning. Now the Bride is stepping out of the shadows to bring him back. And there’s nothing she won’t do as she sharpens her brilliance by experimenting on unsuspecting victims. The mate will have her monster. And the monster his mate.

Revenge of the Tooth Fairy

The innocent traditions of the tooth fairy hide a darker ritual. All children must give up their baby teeth to the goblinesque tooth fairies or pay a gruesome price. Step into an old manor that has been overrun by yellow-clawed fiends who extract teeth by force. It’s an eye for an eye, a tooth for a tooth.

Trick-or-Treating at Universal’s Islands of Adventure

Over at Universal’s Islands of Adventure, trick-or-treating will also be available for kids. Grab a free trick-or-treat bag for your little one and go door-to-door collecting tasty treats from participating retail stores this weekend. But first you’ve got to find them. Keep a look out for pumpkin stickers marking each location.

One (1) Trick or Treat bag per eligible guest. Guest must use provided treat bag to participate, no other treat bags will be accepted. Available on a first come, first served basis and while supplied last.

Costumes at Universal Studios and Islands of Adventure

Costumes will be allowed at the parks as well! Get in the sinister spirit of the season by dressing up when you visit Universal Studios Florida and Universal’s Islands of Adventure this weekend. Go creepy, classic or as your favorite character. You can review costume guidelines here.

The parks are currently scheduled to close two hours later, at 8:00 PM this Saturday. Are you looking forward to experiencing some modified haunted houses this year at Universal Orlando Resort? Let us know in the comments!