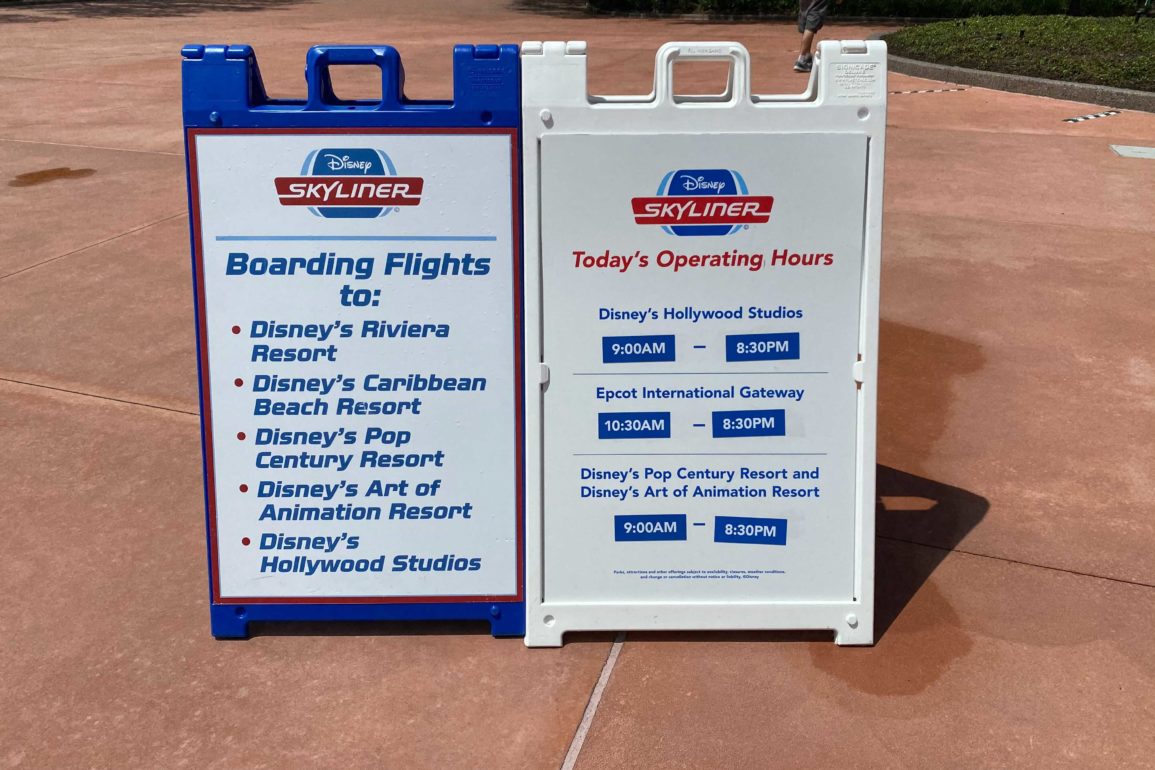 Signage outside of EPCOT’s International Gateway reflects the new hours for each station:

Just as before, the Skyliner operates up to an hour and a half after EPCOT and Disney’s Hollywood Studios close, which is now at 7 PM for both parks.