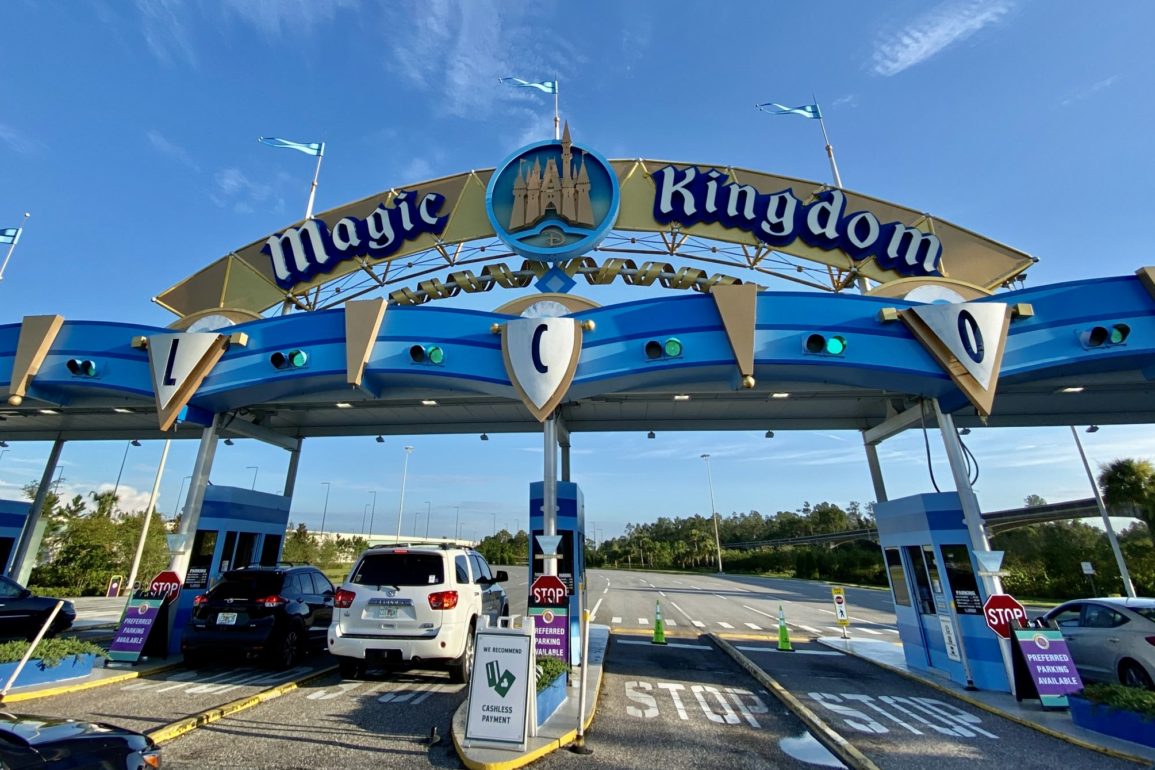 As we approach the 50th anniversary of Walt Disney World, a number of improvements and refurbishments are underway across property to prepare the resorts and theme parks for the golden anniversary celebration. While the icon of Magic Kingdom, Cinderella Castle, has already received a makeover, soon another icon of the park will be getting an all-new color scheme.

The first thing guests see when approaching the Magic Kingdom is the park’s iconic toll plaza. Starting Monday, the Magic Kingdom parking gate will undergo an 8-week long refurbishment and repainting project to give the entrance a whole new color scheme for the anniversary.

Imagineers were seen out earlier in the week analyzing the gate, comparing potential options using color boards for reference. Work is set to begin next week, with three lanes to be closed off at a time for the repainting process.

Many guests have been disappointed at the lack of the pumpkins that typically adorn the plaza around Halloween time, however it seems they were skipped this year for the upcoming improvements.

Are you looking forward to seeing a new look for the Magic Kingdom toll plaza? Let us know in the comments.

Next
PHOTOS: First Look at Stained Glass Representing 13 Disney Princesses and Heroines on the Castle of Magical Dreams at Hong Kong Disneyland