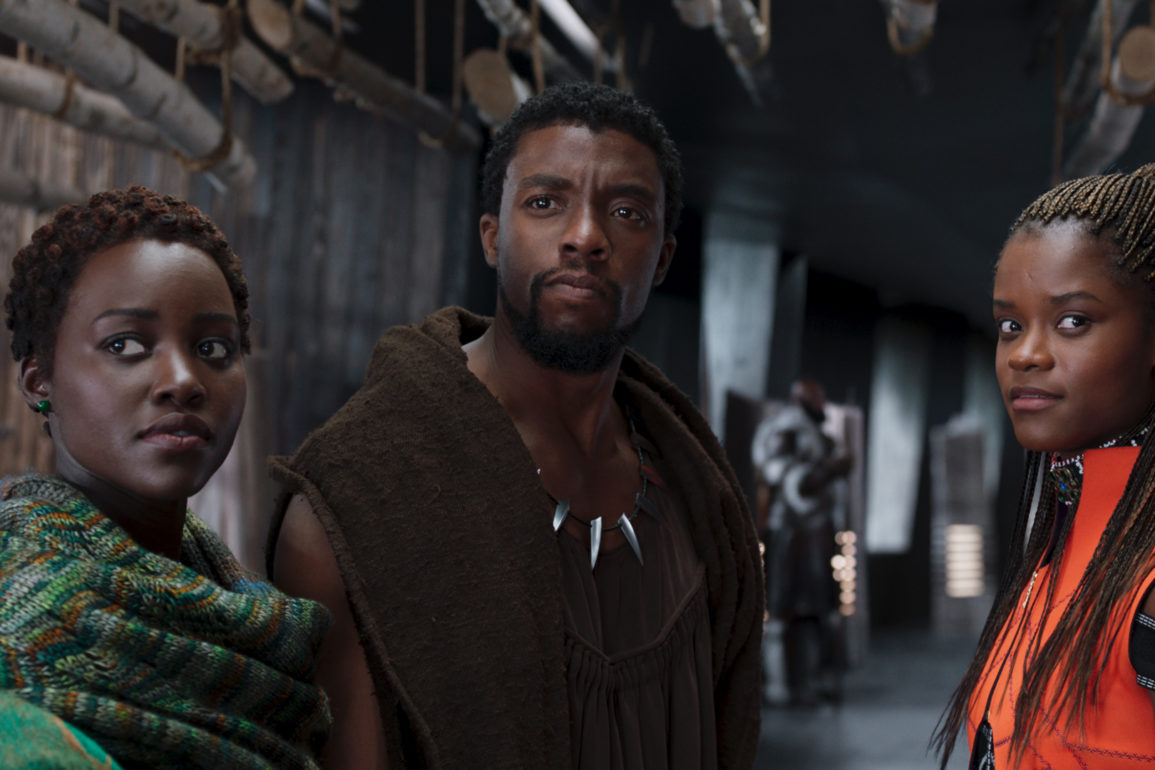 Marvel Studios’ “Black Panther” follows T’Challa who, after the death of his father, the King of Wakanda, returns home to the isolated, technologically advanced African nation to succeed to the throne and take his rightful place as king. But when a powerful old enemy reappears, T’Challa’s mettle as king—and Black Panther—is tested when he is drawn into a formidable conflict that puts the fate of Wakanda and the entire world at risk. Faced with treachery and danger, the young king must rally his allies and release the full power of Black Panther to defeat his foes and secure the safety of his people and their way of life. “Black Panther” stars Chadwick Boseman, Michael B. Jordan, Lupita Nyong’o, Danai Gurira, Martin Freeman, Daniel Kaluuya, Letitia Wright, Winston Duke, with Angela Bassett, with Forest Whitaker, and Andy Serkis.               The film is directed by Ryan Coogler and produced by Kevin Feige with Louis D’Esposito, Victoria Alonso, Nate Moore, Jeffrey Chernov and Stan Lee serving as executive producers. Ryan Coogler & Joe Robert Cole wrote the screenplay.  Marvel Studios’ “Black Panther” hits U.S. theaters on February 16, 2018.
Home
Entertainment & Media

Marvel Studios is reportedly still “processing its grief” following the passing of Black Panther star Chadwick Boseman before they determine what comes next for the character, according to The Hollywood Reporter.

As Tatiana Siegel and Borys Kit report, until about a week before his passing, Boseman was supposedly convinced that he would win his battle with colon cancer and was about to begin preparations to resume his role as King T’Challa in the sequel to the 2018 film, which was supposed to begin filming in March. The character was also set to appear in other future Marvel Cinematic Universe.

Wishing to keep his fight with the disease private, everyone at Marvel Studios was reportedly kept in the dark, including chief creative officer Kevin Feige, who was notified about the cancer about an hour before news of Boseman’s death broke. Now the studio is focused on honoring his life and work before work resumes on the sequel.

When they do return to production, Marvel will have a difficult choice to make. One idea is to keep T’Challa and recast the character. It’s been done in the MCU before, with Don Cheadle replacing Terrence Howard as Colonel James Rhodes, aka War Machine, and Mark Ruffalo taking over for Edward Norton as the Hulk. Another path is to give the Black Panther mantle to another character that already exists in the franchise, possibly T’Challa’s sister Shuri, played by Letitia Wright.

Regardless, Boseman’s passing was a sudden loss for Marvel Studios, who now have to deal with a situation more fearsome than the worst supervillain.