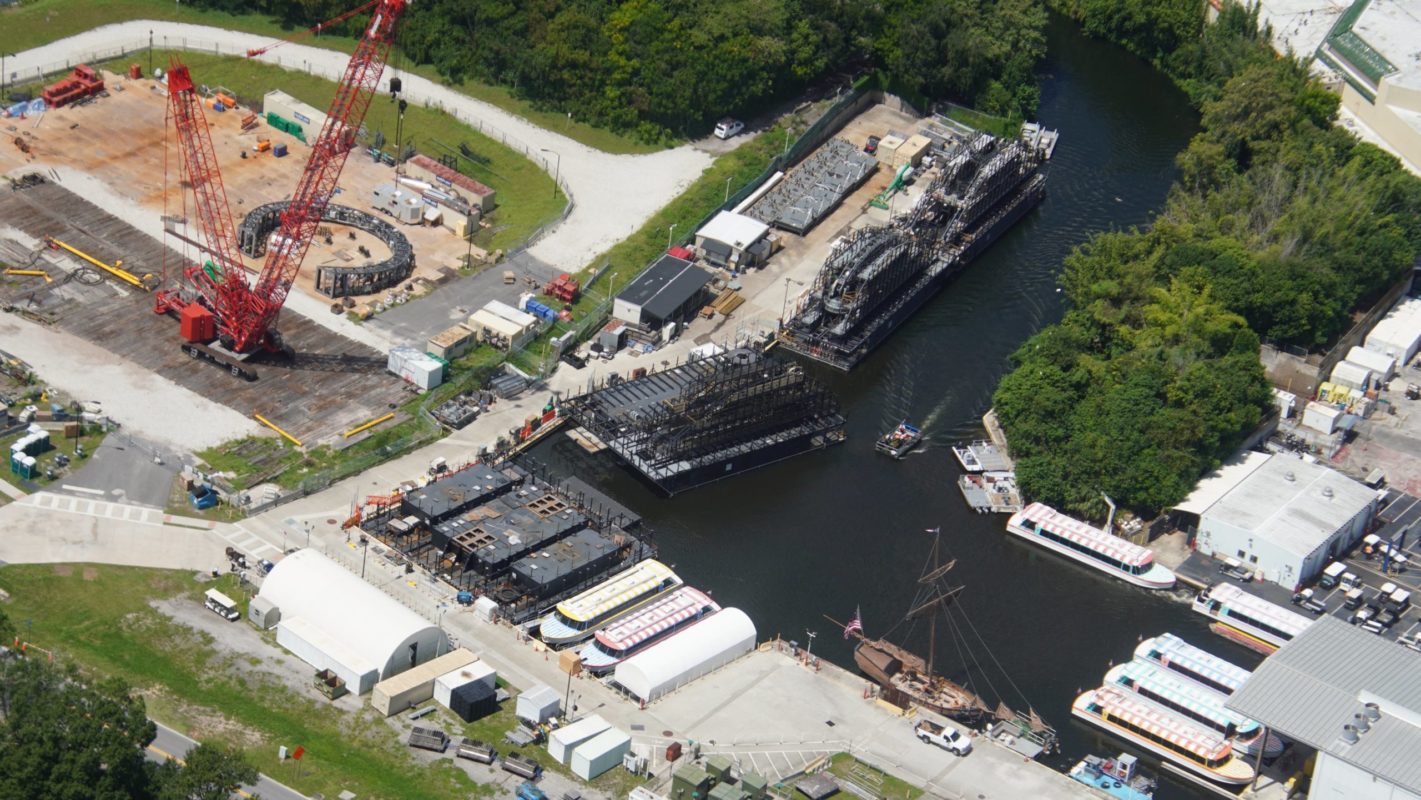 Work continues to move forward on “Harmonious,” the new nighttime spectacular coming to EPCOT. Thanks to @bioreconstruct on Twitter, we have another look at the barges that will be part of the show.

Above, we see two barges in various stages of construction. When finished, both of these will have semicircular walls with video screens, along with a rotating mechanical arm in the middle for extra lighting and effects.

Ultimately, there will be four of these types of barges used in the show.

These three barges, docked next to a pair of Friendship Boats, will come together to form a large sphere in the center of World Showcase Lagoon, reminiscent of the globe used in “IllumiNations: Reflections of Earth.”

In total, seven barges are expected to be used in the show, which will incorporate custom LED displays, pyrotechnics, and choreographed moving fountains.

If you can’t wait to have “Harmonious” in your life, you can get a head start with a limited-edition serigraph poster for the spectacular which released today on shopDisney!

Keep reading WDWNT for more on “Harmonious” at EPCOT!

PHOTOS: Latest Look at Guardians of the Galaxy: Cosmic Rewind Construction at EPCOT