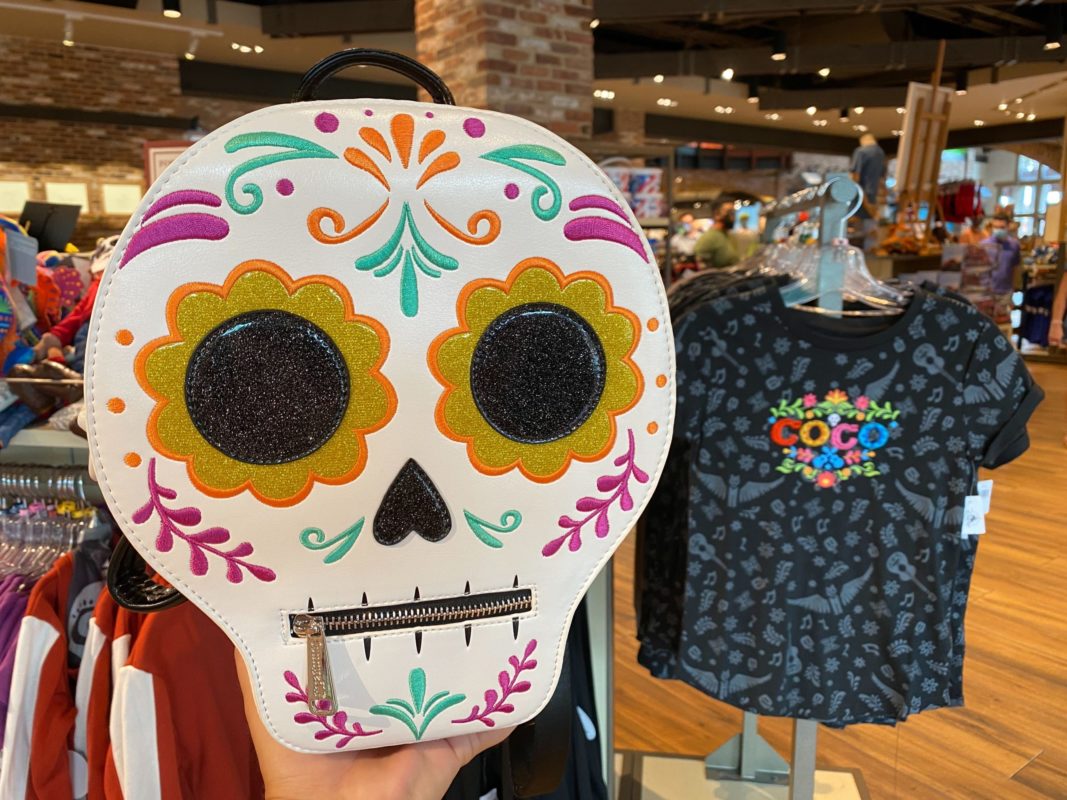 With Día de Muertos approaching, Disney has been rolling out new Coco merchandise. Coco Wishables hit shelves a few days ago, followed by a guitar-shaped bag, and a new papel picado dress. But if you’re still looking for one more accessory to pull together your Day of the Dead Coco DisneyBound, then you’ll want to check out this new sugar skull backpack from Loungefly.

Though the backpack is technically Coco merchandise, the sugar skull (or calavera) is not obviously specific to the film and could represent the holiday in general.

The mouth of the skull is a clever zipper pocket.

“One cannot deny who one is meant to be” is embroidered on the back of the bag.

The inside of the bag has a cute pattern of characters from Coco with traditional Day of the Dead symbols like candles and marigolds.

This Coco Loungefly backpack was $80 at World of Disney in Disney Springs. Will you be picking it up? Let us know in the comments.