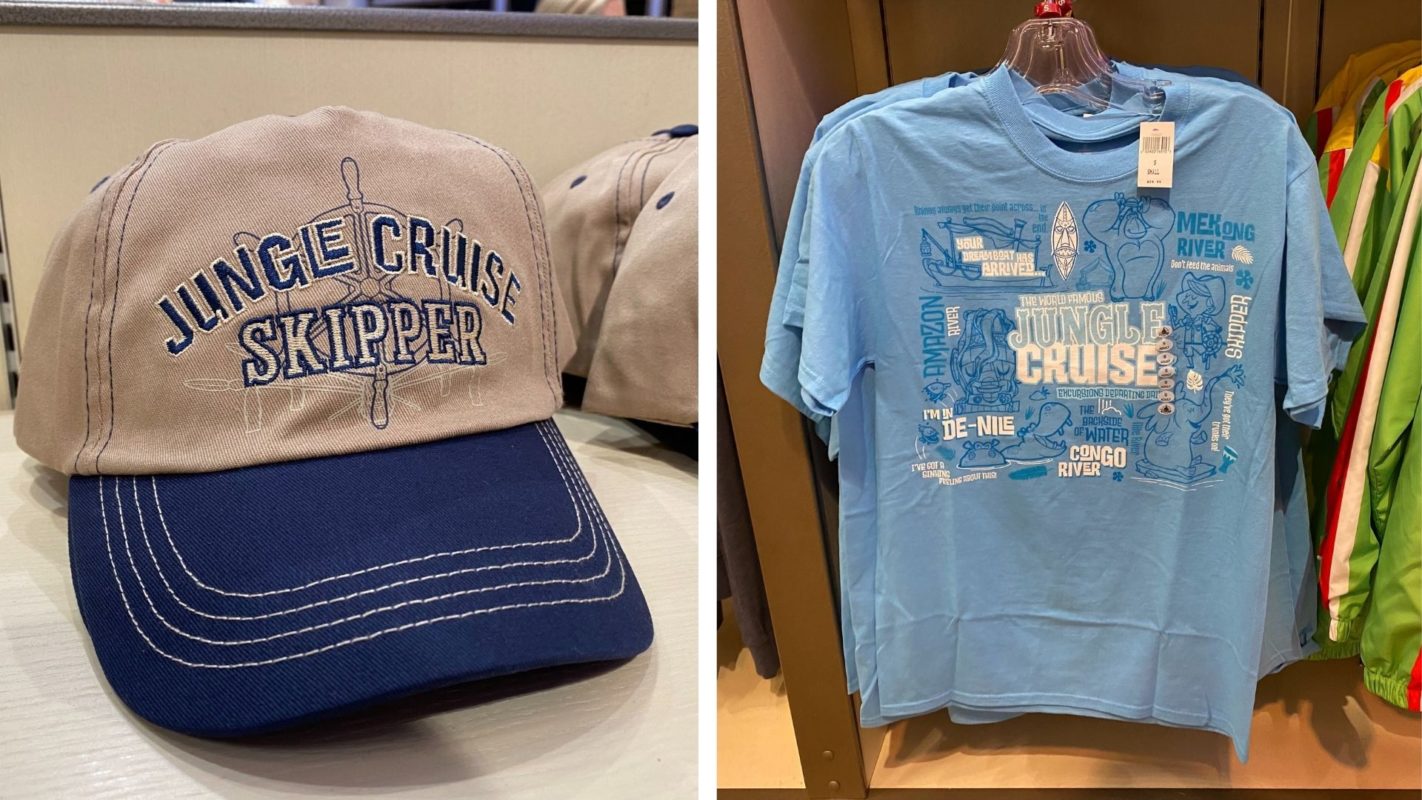 Ladies and gentlemen, watch your head and watch your step as you get ready to motor off into the jungle on the World Famous Jungle Cruise. This new ballcap and T-shirt are sure to get you in the right frame of mind to meet an out-of-his-mind Skipper for a cruise down the Rivers of the World. We found these in World of Disney inside the Downtown Disney District at the Disneyland Resort.

Show your affiliation to the Jungle Cruise with this Skipper baseball cap. While wearing the hat won’t officially allow you to pilot the boat, it will allow you to take the blame when the whole crew is lost to a wayward hippo attack.

The hat is a khaki canvas color on top with a deep blue bill, and the words “Jungle Cruise Skipper” across the front on a ship’s wheel in front of spears.

Warning: this hat will not stop your head from being hunted in the jungle, but it will look cool when it shrinks down.

This shirt is light blue, the color of clean water. This makes it easy to spot against the green jungle river water when a croc pulls you in for a dip.

Will you gear up with this new Jungle Cruise apparel before your next cruise? Let us know in the comments below. For more like this, take a look at some other new Jungle Cruise merch, or see some more merch we found in Downtown Disney at the Disneyland Resort.