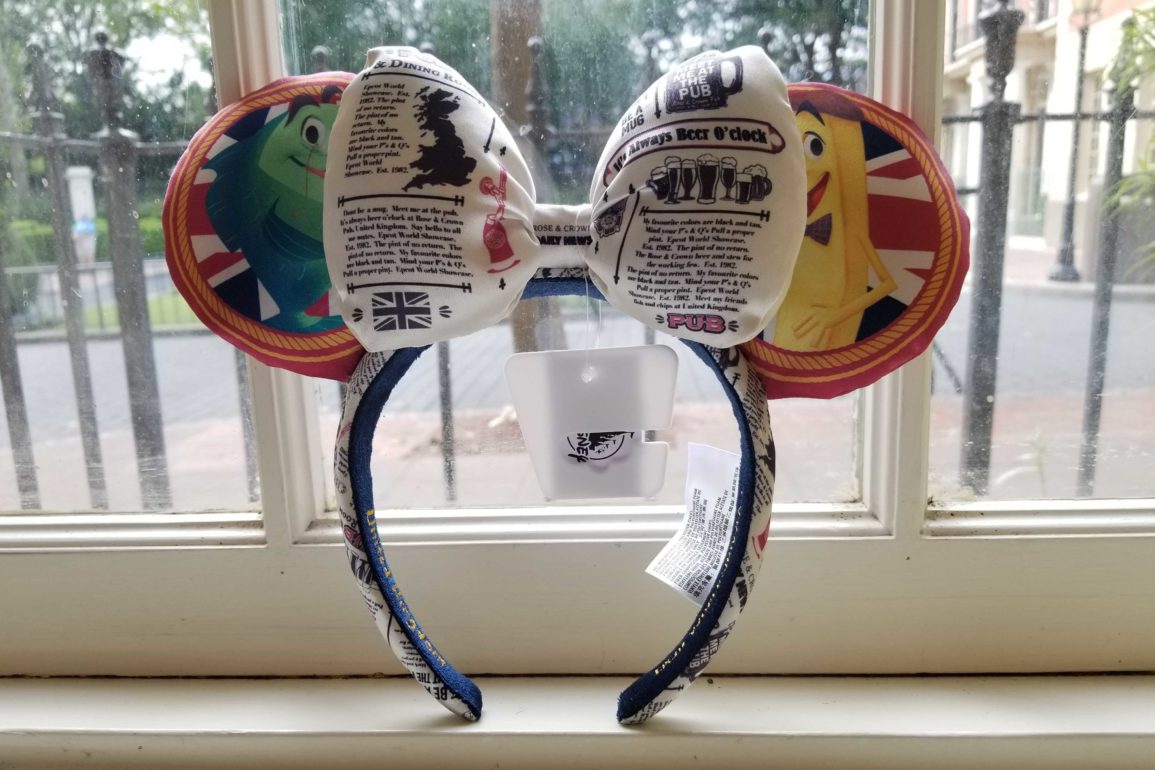 Strolling through United Kingdom Pavilion at EPCOT, we noticed a new Minnie Mouse ear headband. Displayed in a window at The Queen’s Table, this new headband features the iconic British dish… fish and chips. We couldn’t resist getting a closer look inside.

The front of the headband and features a giant bow designed like newspaper. The newspaper theme also appears on the headband itself. Traditionally, British vendors wrapped fish and chips in newspaper because it was an inexpensive way to keep the food hot. The wrapping also absorbed excess grease. This newspaper bow nods to the tradition, which is kept alive at the Yorkshire County Fish Shop.

The ears display a fish and a chip (also known as a French fry to many) with the Union Jack in the background.

On the back of the ears, you’ll find them labeled “Fish and Chips” so that everyone behind you will know how much you love the British dish.

Additionally, a fish and a basket of chips appears on the back, as well. Overall, the fish and chips Minnie Mouse ears headband is an adorable way to say that you love those crispy, fried fillets and potatoes.

United Kingdom appears on the inside of the headband, just in case you’re not sure where the fish and chips come from. The other end of the headband reads “EPCOT World Showcase.”

Next
Park Hours Extended to 9:00 PM on Select Weekends Through October at Universal Orlando Resort