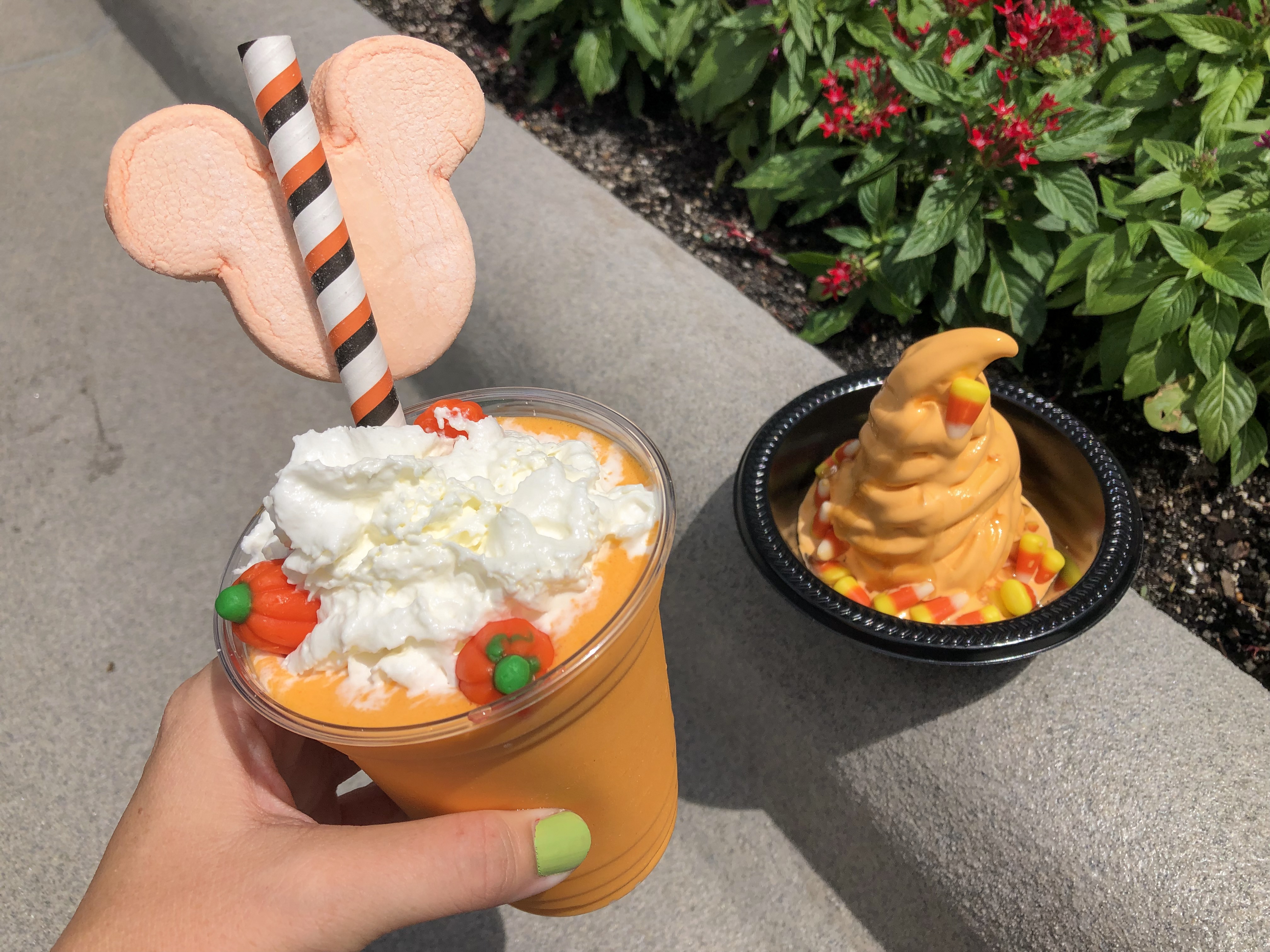 The Pumpkin Spice Milk Shake and the Pumpkin Spice Sundae have returned to Magic Kingdom for another fall season! We loved these sweet treats last year, so we’re glad to see them back.

The milkshake is topped with whipped cream, caramel drizzle, sprinkles, and a marshmallow straw topper (the straw itself is not marshmallow). Do note that this is a slight departure from last year’s offerings, which featured candy pumpkins.

The shake has an amazingly strong pumpkin spice taste. It might just change your life. All the spices combine in a smooth and creamy milk shake. It’s also not too thick, which makes is easy to sip, unlike some milkshakes. The marshmallow is nice and fluffy. It tastes good, but the real star here in the shake under all those toppings. It’s that good!

The pumpkin spice sundae is topped with whipped cream, caramel drizzle, and sprinkles. Do note that this is a slight departure from last year’s offerings, which featured candy corn.

The sundae is another win for Auntie Gravity’s Galactic Goodies. The soft serve in the sundae doesn’t have quite as much spice as the shake does, but the caramel makes up for that. There is so much caramel sauce and so many sprinkles! The caramel and pumpkin spice flavors kept us coming back for more, even after we were stuffed.

These pumpkin spice treats are both available at Auntie Gravity’s Galactic Goodies in Tomorrowland. If you’re looking for more pumpkin treats, there’s the new Pumpkin Tiramisu at Disney’s Hollywood Studios and the Pumpkin Spice Mickey Waffle Sundae at Sleepy Hollow.

What’s your favorite pumpkin treat at Walt Disney World? Let us know in the comments.