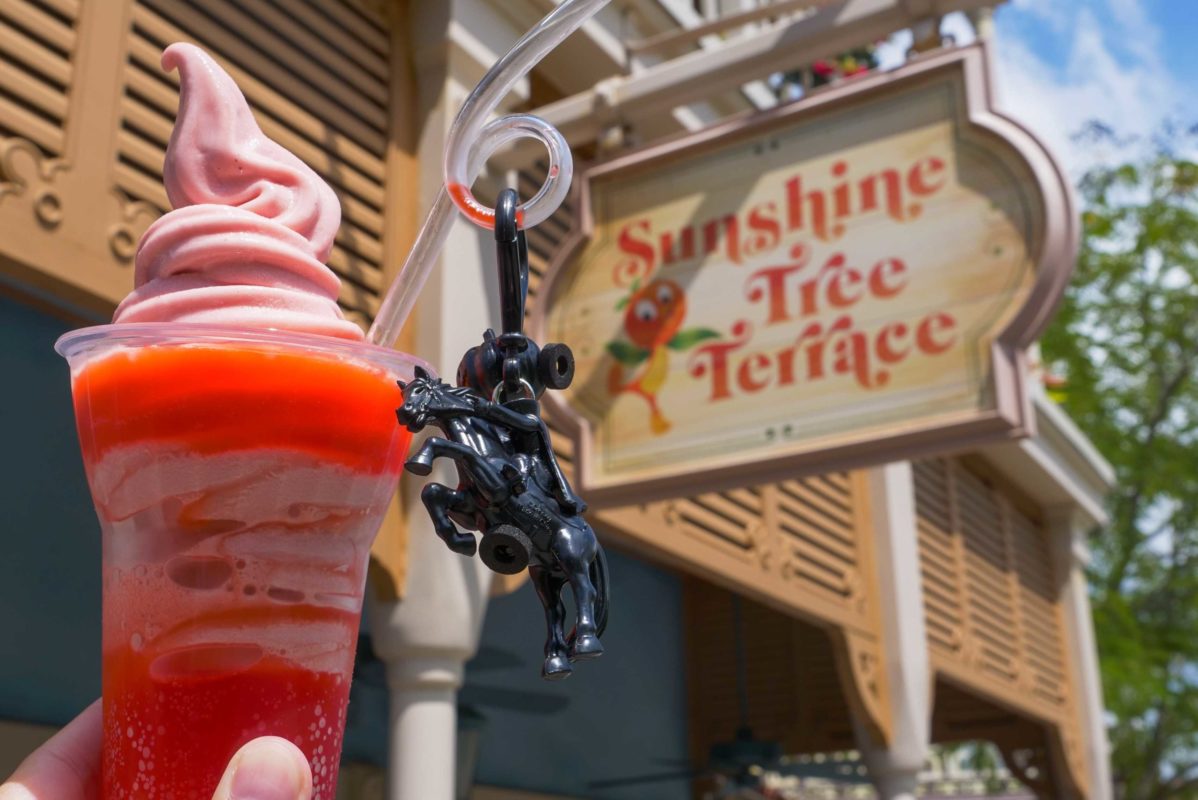 “When the spooks have a midnight jamboree, they break it up with fiendish glee. Ghosts are bad but the one that’s cursed is the Headless Horseman, he’s the worst.” And now he can come galloping home with you for Halloween, topping his own special Dole Whip float from Sunshine Tree Terrace.

The super sweet Strawberry Dole Whip is a great way to cool off on these hot end-of-summer days.

This float is very similar to Redd’s Revenge Float from last Summer — Strawberry Dole Whip with Strawberry Fanta but topped with a tricorn-hat-shaped red chocolate piece in lieu of a straw.

The Headless Horseman clip on the curly straw is well made but does lose something in that the clip attaches where the head should(n’t) be, taking away from the headless aesthetic of the character. But the pumpkin lights up, which is a nice touch.

As far as taste goes, the float is a mix of creamy Strawberry Dole Whip and Strawberry Fanta, making for a strong kick of sweet and sour. The carbonation of the Fanta adds a refreshing note that you don’t get with a normal Dole Whip float. We found the Dole Whip itself to be milder, while the Fanta gives the Headless Horseman his bite.

This treat is large enough to be shared, and if you’re a fan of strawberry, you’ll be sure to love this float.

The Headless Horseman Rides Again is available for $10.69 at Sunshine Tree Terrace in Adventureland at the Magic Kingdom.

Will you ride with the Headless Horseman? Let us know in the comments below.

PHOTOS: Constance’s For Better or Worse Wedding Cake Returns from the Grave for Halloween at the Magic Kingdom