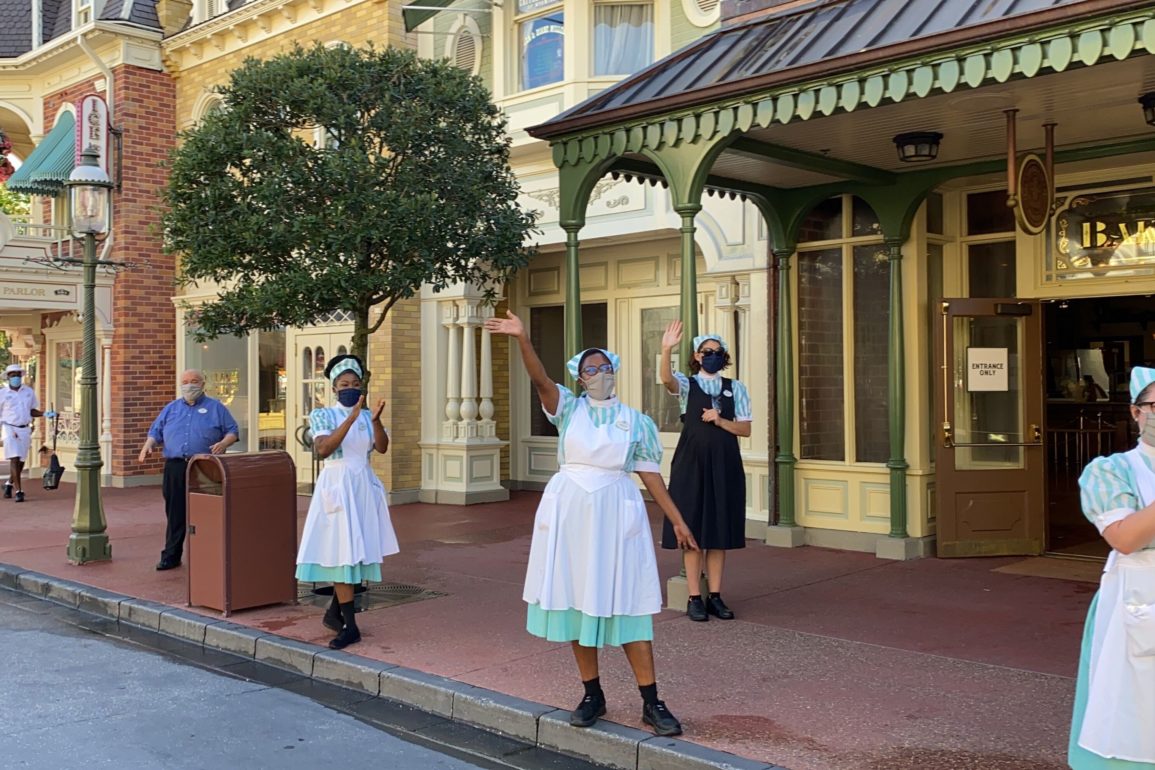 Cast Members Line Up at 4:00 AM for Food Banks as Walt Disney World Furloughs Are Extended

While most of Walt Disney World has reopened, one of the most crucial elements of its success is still hurting.

The Orlando Sentinel‘s Gabrielle Russon recently shared the story of a food bank organized by Unite Here 737, an Orlando-area union that represents Cast Members who work in food and beverage as well as housekeeping. The weekly drive-through distribution has served approximately 730 people a week, regardless of their affiliation. According to union leader Jeremy Haicken, they’ve spent $100,000 on groceries to help furloughed Cast Members over the past sixteen weeks. Faith-based nonprofit The Society of St. Andrew has also stepped in to provide food assistance. Nick Canturano, a furloughed server who typically works at Disney’s Hollywood Studios and has been volunteering at the food bank, said, “every week it gets worse… as they’re rolling up, they try to unload a little bit. You just say, ‘I know, I know.’ You don’t know what to say. And you got to keep the line moving.”

According to organizers, the federal unemployment benefit of $600 per week expired July 31st, and so many whose occupations have been left affected by the COVID-19 pandemic are forced to rely on Florida’s unemployment benefits, which offer a maximum of $275 a week, one of the lowest rates in the country. Governor Ron DeSantis has said that he’s planning to apply for a program that may give an addition $300 retroactive to August 1st to unemployed Floridians who qualify. In the meantime, furloughed Cast Members line up as early as 4 AM in the hopes of getting groceries to help them get by. Melissa Atkinson, a part-time server at Disney’s Animal Kingdom, said of the food bank “it definitely helps. I would not have gotten up this early if it didn’t… I could not be more thankful.”

According to Russon, Atkinson recently received an email warning her that her furlough could extend six months or even more, saying, “It’s almost devastating, but what are you going to do?”

She’s far from alone. Other Cast Members have been told that their furlough could last into November, though it can vary based on seniority, and despite Disney coming to an agreement with Actors Equity concerning the return of stage show performers, many have discovered that their furlough will continue indefinitely with the shows remaining dark. Earlier this week, for example, we learned that Turtle Talk with Crush will remain closed at EPCOT for the rest of 2020.

While Atkinson and others have applied for jobs at grocery stores and elsewhere as they wait to return to Walt Disney World, they remain worried about finding work, especially as they now have to compete with other furloughed employees. Orlando’s unemployment rate stood at 15.3% for July, the highest in Florida.

Despite the theme parks reopening, the effects of the pandemic continue to hit many of those who make the magic of the Most Magical Place on Earth.