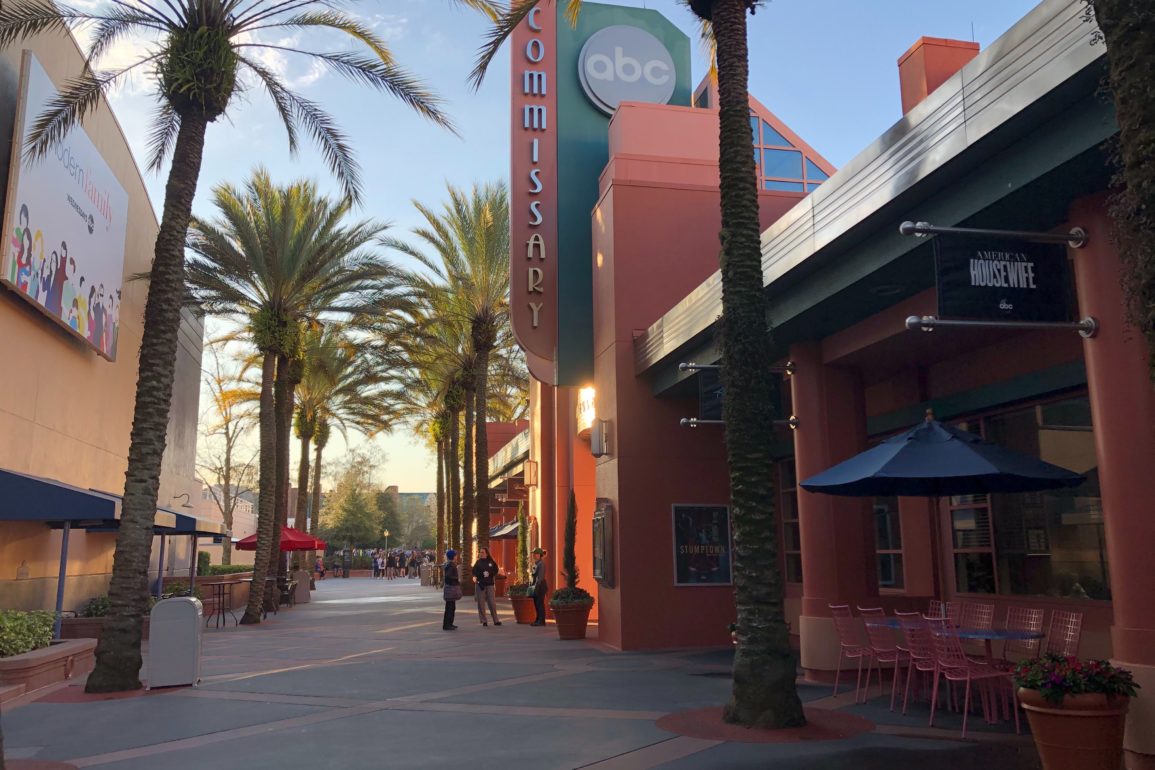 Major changes hits ABC Commissary just as it opens for lunch on October 8 at Disney’s Hollywood Studios. In preparation for guests on reopening day, the chefs at this restaurant have transformed the menu.

Naturally, these items won’t be available for long. They’ve shown up at ABC Commissary to celebrate the Halloween season. The first is a Frozen Apple Cider, which features the most celebrated fruit of the fall season. In addition, the menu includes the Box of Bones Chocolate Éclair that debuted at Backlot Express in Disney’s Hollywood Studios.

Not much remains the same when it comes to entrées at ABC Commissary. The new menu retains the Mediterranean Salad, Mediterranean Salad with Chicken, the Chicken Club, and the California Burger. That’s where the similarities end.

All the dishes come in allergy-free versions, too. Guests allergic to gluten, wheat, egg, fish, shellfish, milk, peanuts, and soy won’t need to worry about whether they can find something to eat on this menu.

The list of sides has never been long at ABC Commissary. They once served Coleslaw, Hummus and Flatbread, Southwestern Steak Fries, Steak Fries, French Fries and Green Beans. Only the Steak Fries continue to grace the pages of the menu.

New sides include Black Beans, Mexican Rice, Arugula-Farro Salad, Mini Babybel Snack Cheese, and Apple Slices. These revisions reflect better pairings with the entrées noted above. The beans and rice join the tacos nicely, while cheese and apples go with just about everything else. And who can say no to a good salad?

Disney decided to mix things up for kids and give them a little flavor. New offerings include Pork Tacos and a Grilled Cheese Sandwich. They continue to sell the Kids’ Disney Check Meals, so you can still order a Turkey Sandwich or Uncrustables.

We were looking for a bit of creativity when it came to beverages, but the list hasn’t changed much. A Strawberry Lemonade Slushy joined the new menu.

The menu for beverages with alcohol continue to include the usual wines and beers. You can also still order the Watermelon Margarita and Happy Daze. In addition, the drink menu features a season beverage based on the Frozen Apple Cider mentioned above. This one includes a bit of Crown Royal Regal Apple and is topped with Green Apple Boba Pearls and served with a souvenir Poison Apple Glow Cube.

The absence of desserts certainly struck us as odd. The old menu provided a small variety of delectable treats to sooth the sweet tooth. You once could order the Apple Almond Tart, Strawberry Shortcake Verrine, S’mores Cookie, or Strawberry Parfait.

The current menu features no desserts, except for the Box of Bones Chocolate Éclair, which will disappear after Halloween.

Perhaps the revamped menu will delight diners as they return to ABC Commissary. Many of the choices that appear on the menu reflect a departure from some of the cuisine that many consider unhealthy. Removing fried foods and beef entrées certainly provides healthier options, and the alternatives appear to be elegant and flavorful.

The new menu will certainly change the dining experience at this restaurant. Hopefully, the new experience will delight guests eager to return for lunch once the restaurant opens on October 8. But returning will require an open mind and an open palate.

What do you think about the menu changes at ABC Commissary? Please comment below to share your thoughts.