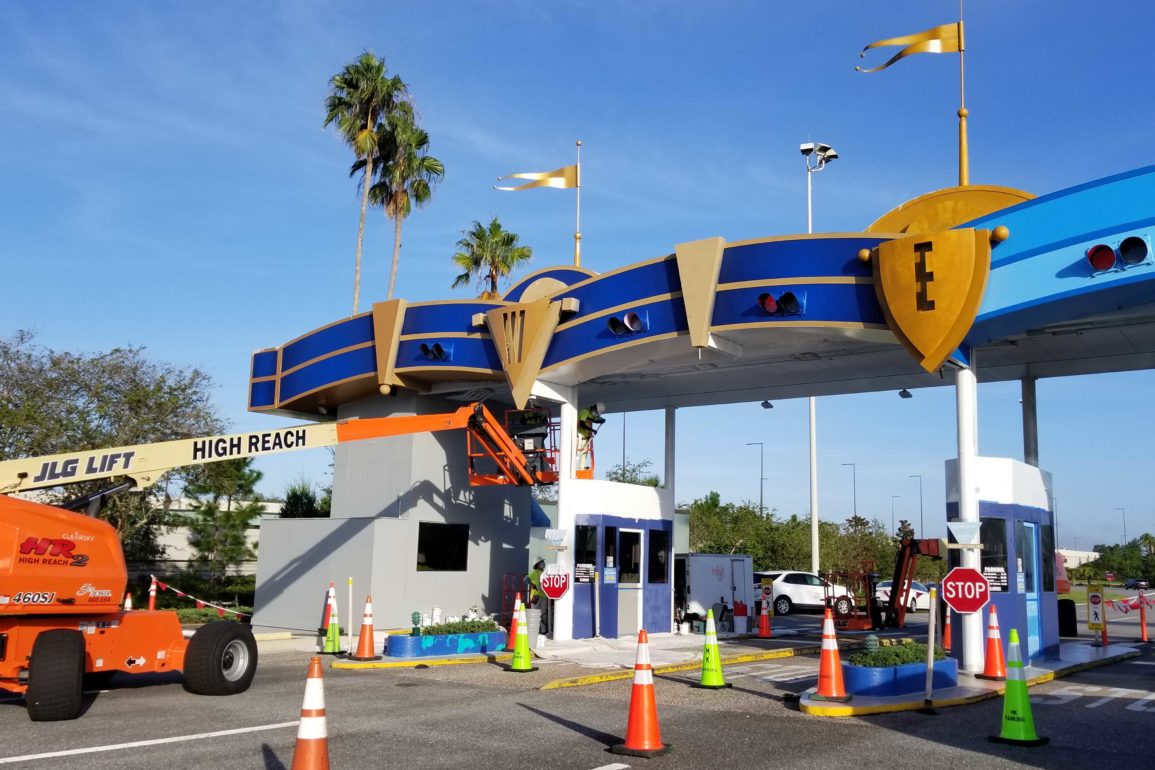 The Magic Kingdom toll plaza is being redesigned in preparation for the park’s 50th anniversary next year. We’ve seen the plaza getting a royal blue treatment with gold accents, and now painting has moved to the toll booths as well.

Three lanes of the plaza will be blocked off at a time during the 8-week refurbishment. Painting only started a little over a week ago and so far only the left three lanes have closed.

Gold lining has been added from the left end of the plaza to the “E” of “Welcome.”

Construction Cast Members were working on the underside of the plaza.

The first two toll booths are now being repainted. Previously, they were painted with alternating blocks of light blue. The lighter blue, as well as the support poles on either side of the booth, has been painted over. The majority of the booth is now the darker royal blue, with white at the top and on the supports.

The door on the second booth has yet to be fully repainted, so we can see the difference between the old blue and the fresh coat.

The “E” seems to be a darker gold than the “W”, which may mean more painting is to come.

The planter in front of the first booth will need to be repainted too. Right now, it has splatters of greenish-blue paint on it.

How do you feel about the Magic Kingdom toll plaza refurbishment? Let us know in the comments!