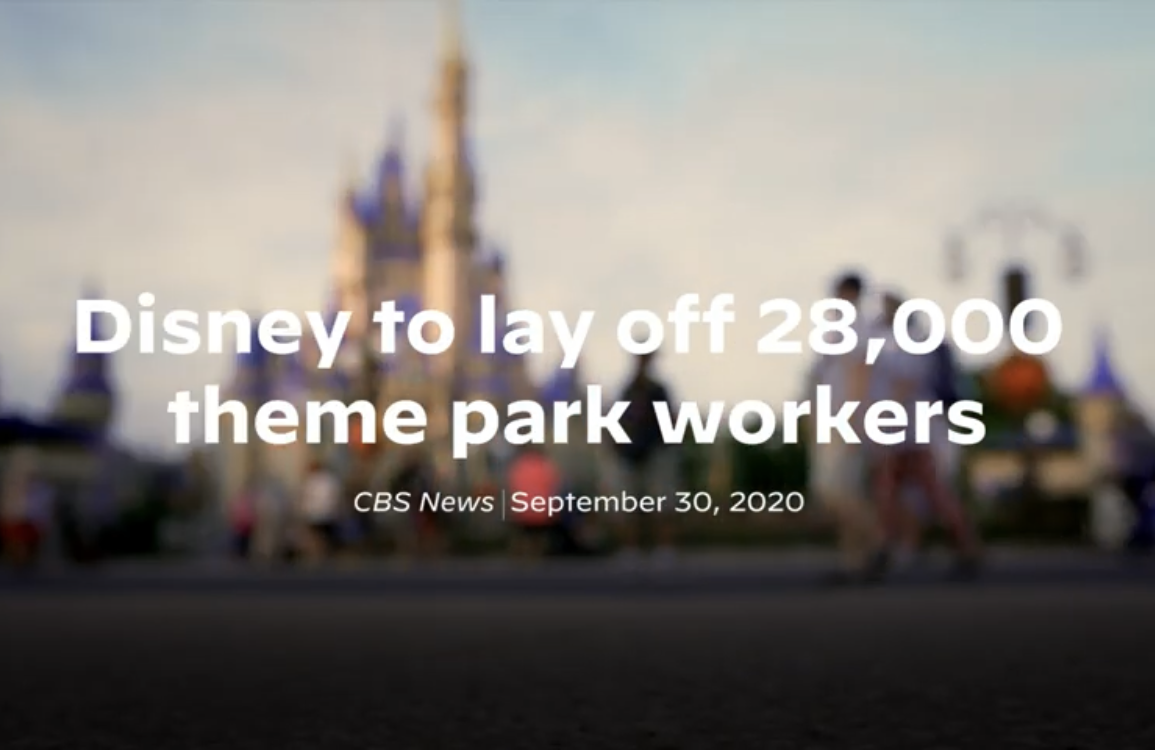 In the wake of the 28,000 layoffs that have been affecting furloughed employees of the domestic Disney Parks, a new ad has been released from the Joe Biden campaign addressing the issue.

A 15-year Cast Member who was recently laid off, identified as “Bessie, Former Server at Disney,” shares her feelings on the separation and how better leadership in Washington during the pandemic could have avoided it.

Seven months ago when we heard about this virus, we didn’t think that it was going to affect our jobs. Then we got the notice that we were going to be closing for two weeks and then next thing you know, we were being furloughed.

Bessie, who lost her job due to the layoffs, is concerned for the welfare of her family and her mother, who she supports as well.

President Trump, I do not believe that he’s done a good job handling the pandemic. I wouldn’t have lost my job, I wouldn’t have been laid off, had he taken all the proper precautions. Trump calls himself the jobs president — what about my job and everybody else that lost their jobs?

Bessie endorses Joe Biden as “someone that’s going to look out for me, for my family, for the American people.”

You can view the full ad on YouTube below.