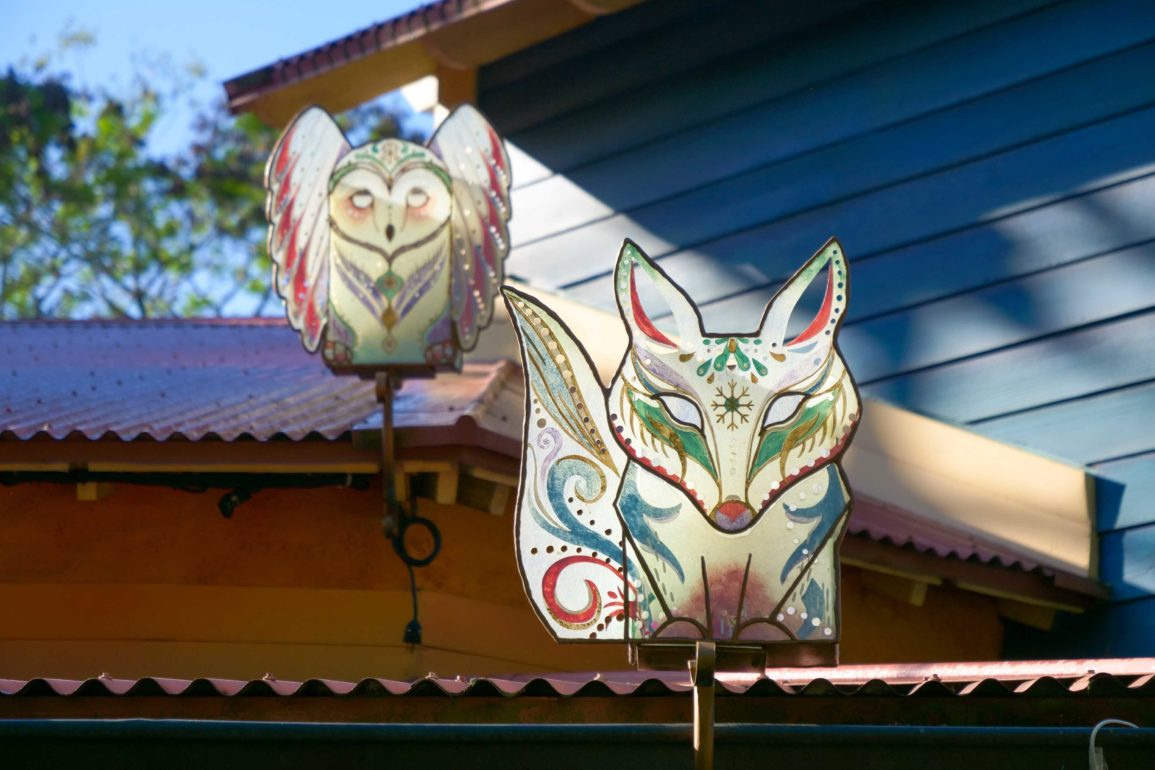 Let’s take a look at the holiday decorations we found at Disney’s Animal Kingdom.

Despite being located above guests’ heads, the figures are very detailed.

Animals like reindeer, doves, squirrels, and owls are displayed.

The characters feature small holes throughout the design. These holes likely help the figures remain standing during severe wind.

This closeup of the reindeer head provides a better view of the holes and artwork details.

Various holiday bird sculptures have been added on Discovery Island.

We left Discovery Island and headed for Dinoland, U.S.A..

Crossing under the bridge that is part of the temporarily unavailable The Boneyard, we noticed that the fossils have been wrapped in miniature lights.

Does the arrival of Christmas decorations get you excited for the upcoming holidays? Let us know what you think in the comments.

Next
REVIEW: It’s Showtime – New “Beetlejuice” Haunted House at Universal Studios Florida Is Like Walking Through the Classic Movie