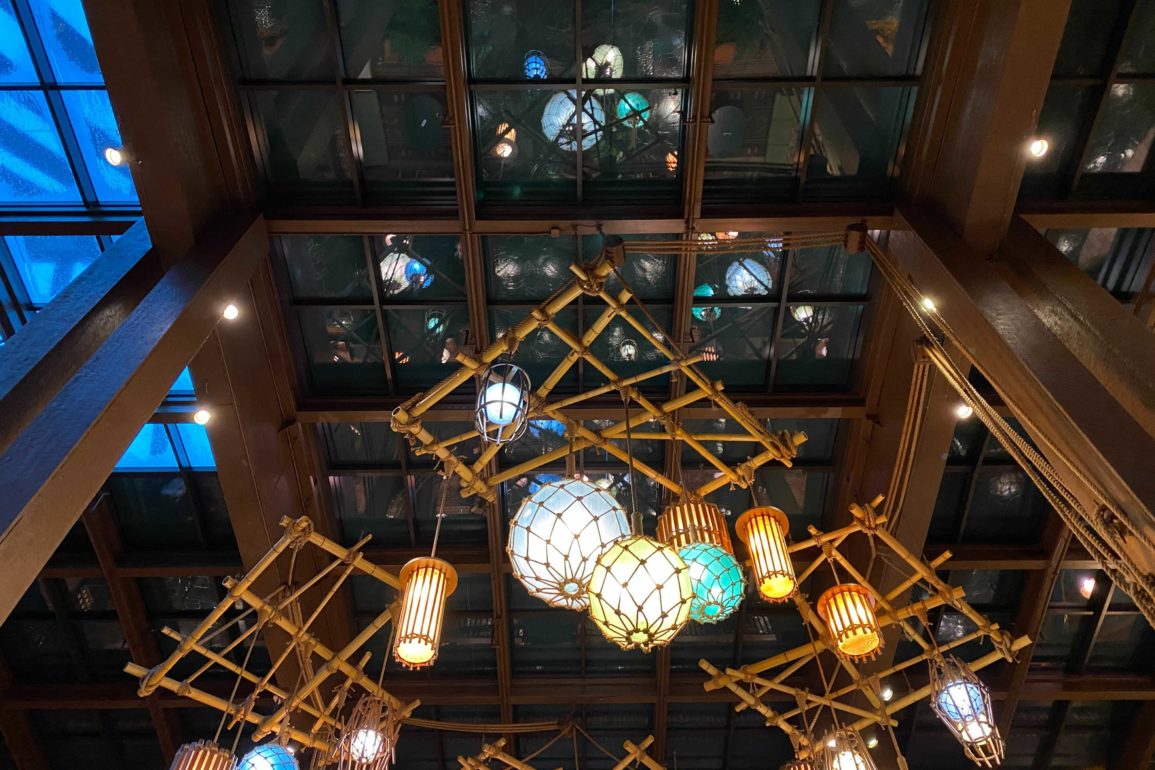 The iconic roof structure on Disney’s Polynesian Village Resort is slowly being dismantled for refurbishment. After the first round of beams was removed, a section of the horizontal beam was removed as well. Several more crossbeams have been removed in the days since.

It was a foggy morning today, but we could still see the roof structure.

Beams have only been removed from the left side. The first portion of horizontal beam was removed up to the first vertical support.

If more of the horizontal beam will be removed, it will be one at a time as each vertical support is revealed.

The crane parked in front of the resort is removing the beams overnight.

Inside the Great Ceremonial House, most of the skylights have been covered for protection as the crossbeams above are removed.

A portion remains uncovered to the side, still letting some extra light in. Part of the crossbeam structure is visible through the skylights.

Thankfully the resort’s chandelier still supplies plenty of light in the lobby.

Outside of Pago Pago, this new sign has been added. Guest services at Great Ceremonial House remain open 8:00 AM to 9:00 PM, while check-in is only at Pago Pago. According to a Cast Member, the Great Ceremonial House is better suited to handle ticket and dining reservation requests. Pago Pago is open twenty-four hours and can handle most questions after hours.

For an idea of what the Great Ceremonial House will look like after refurbishment, you can check out the concept art. In addition to the refreshed Great Ceremonial House, the resort will get Moana-themed rooms before it reopens next summer, though we likely won’t get a look at those for some time.

Next
RUMOR: Remy’s Ratatouille Adventure Ride Will Not Open in 2020 at EPCOT, Not Deemed a “Priority Project” by Disney