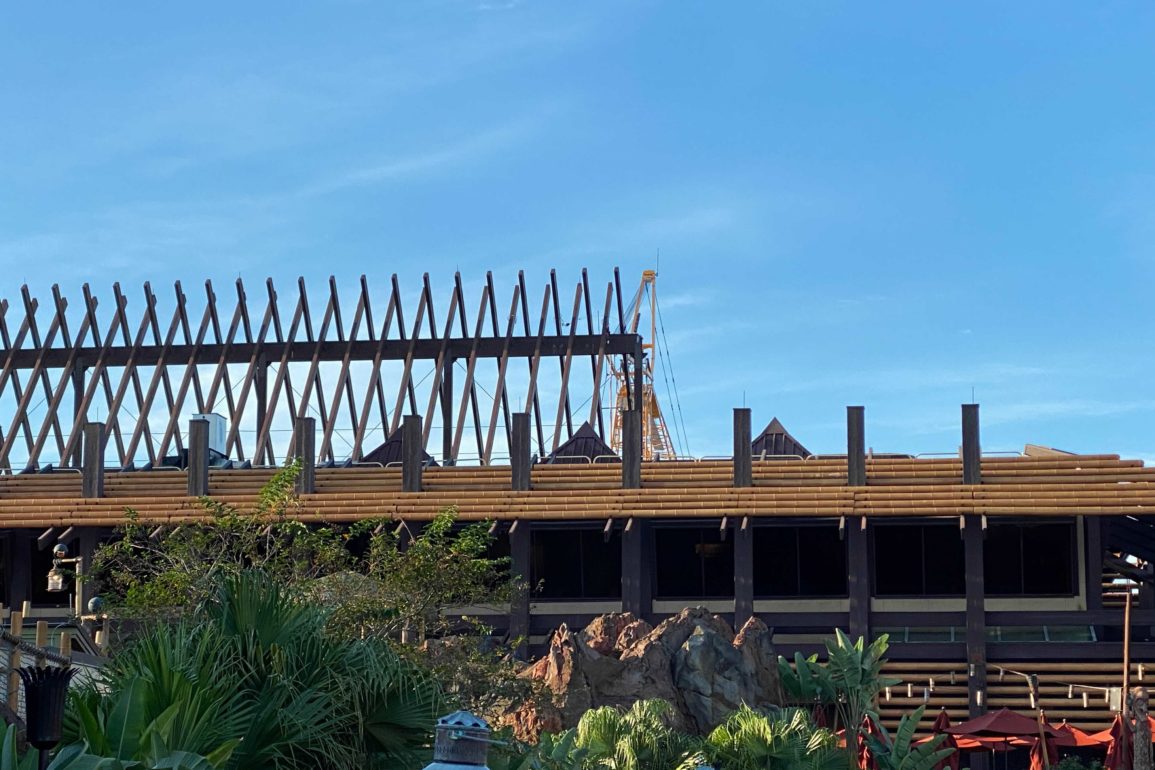 Crossbeams are being removed from the iconic roof of Disney’s Polynesian Village Resort as the hotel receives a major refurbishment. Now, a portion of the central horizontal beam has been trimmed.

Crossbeams have been removed from the left side of the structure, while the right side remains untouched.

A portion of horizontal beam leading to the first vertical support has been removed.

The roof will still maintain a crossbeam structure, as seen in concept art, but it’s possible all of the old beams will be removed in favor of new ones.

Emergency exit signs have been added outside of the main entrance of the Great Ceremonial House, which is otherwise closed.

The main entrance has been designated as an emergency exit since refurbishment began.

Inside, we haven’t seen any major changes. Check-in remains at Pago Pago for the duration of the refurbishment.

The missing roof beams are visible from the pool area as well.

Even with construction, there are plenty of signs featuring the resort’s Maui figure directing guests to where they need to go.

In addition to the refreshed Great Ceremonial House, the resort will get Moana-themed rooms before it reopens next summer, though we likely won’t get a look at those for some time.

Previous
PHOTOS: Scaffolding Removed From Around Lucite Pylons at EPCOT