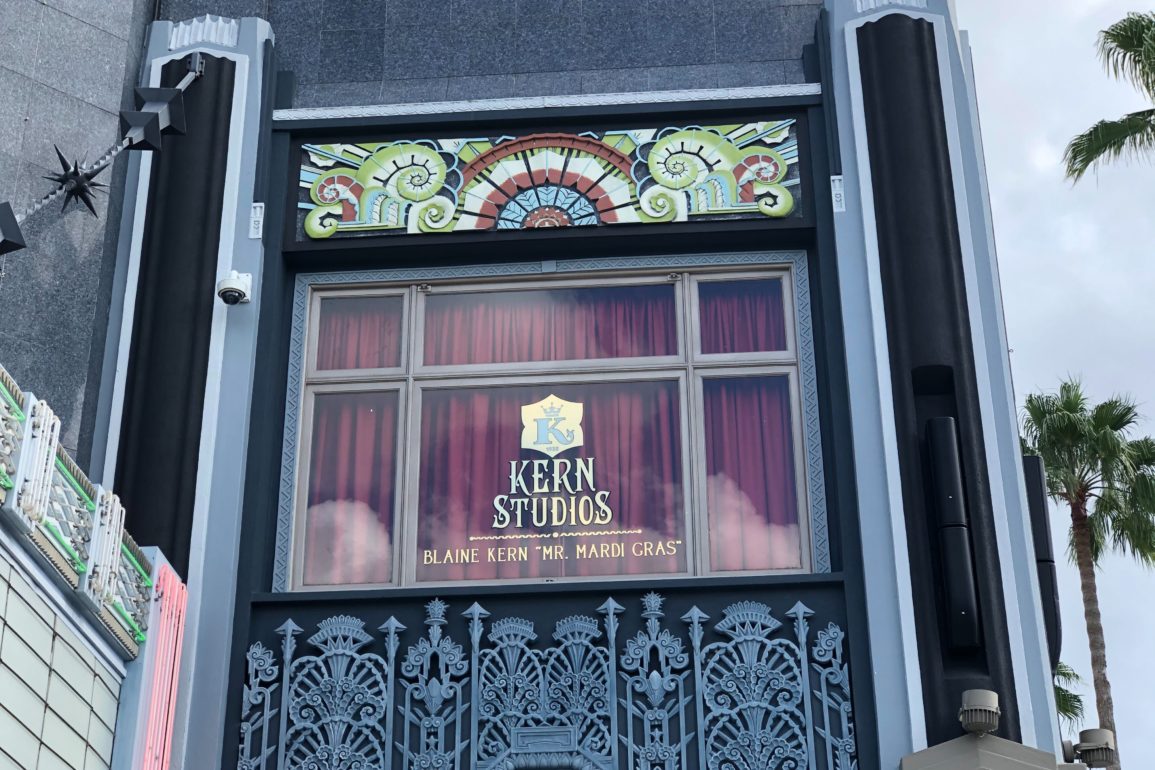 Many of the second-story windows at Universal Studios theme parks pay tribute to the behind-the-scenes contributors who created and supported the entertainment magic. A new window featuring Kern Studios found its place on the second story of Pantages Theatre at Universal Studios Florida. The theatre currently features Universal Orlando’s Horror Make-Up Show. The window honors Blaine Kern, a.k.a “Mr. Mardi Gras,” who founded the art studio bearing his name.

Kern Studios creates artistic floats and props that have cruised the streets during parades in New Orleans in celebration of Mardi Gras. Blaine Kern’s lively creations earned him the title “Mr. Mardi Gras.”

Blaine Kern passed away on June 25 of this year at the age of 93. Universal now expresses gratitude with an honorary window on the second floor of the theatre. The theme park will continue to memorialized Kern’s work in providing excellence in parade entertainment.

What do you think about the new window at Pantages Theatre? Share your thoughts and feelings in the comments section below.