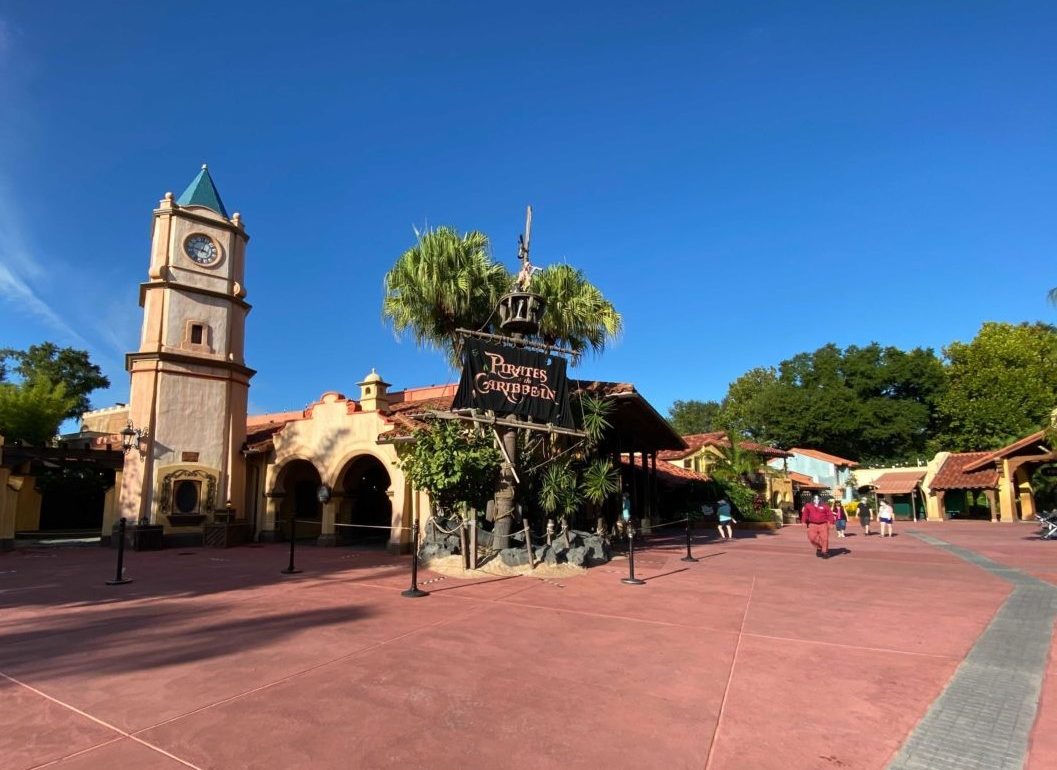 Lately, new music has been pumping through the speakers in Adventureland at Magic Kingdom. Recently Adventureland received a melodic makeover with new background music loops near the entrance and throughout the land, including near the Magic Carpets of Aladdin. Now, Caribbean Plaza, by the Pirates of the Caribbean attraction, also debuts completely new background music for guests to enjoy. Click our YouTube video below to listen to a portion of the loop:

The older loop featured rather slow-paced music that was barely there, promoting a lazy, seaside town feeling. Recently, we discovered film music from Pirates of the Caribbean returning to the area. Though that served as an interim background loop, it soon gave way to something brand new at Caribbean Plaza. This loop won’t put you to sleep as the older one might. Rather, it keeps you moving onto your next swashbuckling adventure with fast-paced sea shanties.

What do you think about the new background music loop at Caribbean Plaza? Let us know your thoughts below.