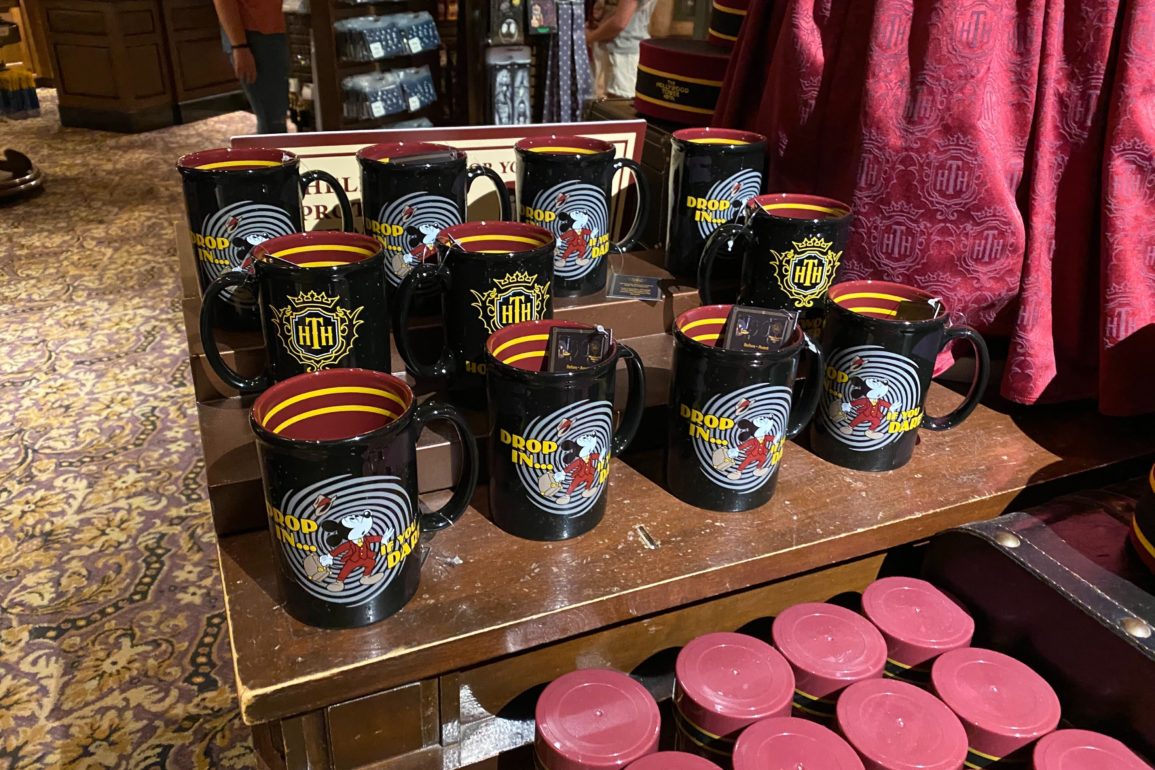 “One stormy night long ago, one mouse stepped through the door of an elevator and into a nightmare.”

As the spookiest month of the year begins, we’ve spotted Mickey Mouse falling into the fifth dimension on a new mug themed to The Twilight Zone Tower of Terror!

Mickey notices his hat has flown off, as he’s surrounded by the phrase “Drop In… if You Dare!”

On the other side, you can find the logo of The Hollywood Tower Hotel.

The inside features the same burgundy and brown pattern as the hotel bellhops’ hats.

But the coolest part of is that when you pour hot liquids into this mug, it undergoes a special transformation, as the mug travels into the 5th dimension scene.

Without the liquid, you can make out the faint artwork, including a vintage telephone, a hotel key, a bell, and signage from the elevator. There’s also stars.

The mug retails for $14.99. We found it in Tower Hotel Gifts in Disney’s Hollywood Studios. We recommend getting it soon, just in case it mysteriously disappears.

What’s your favorite part of The Twilight Zone Tower of Terror? Sound off in the comments!