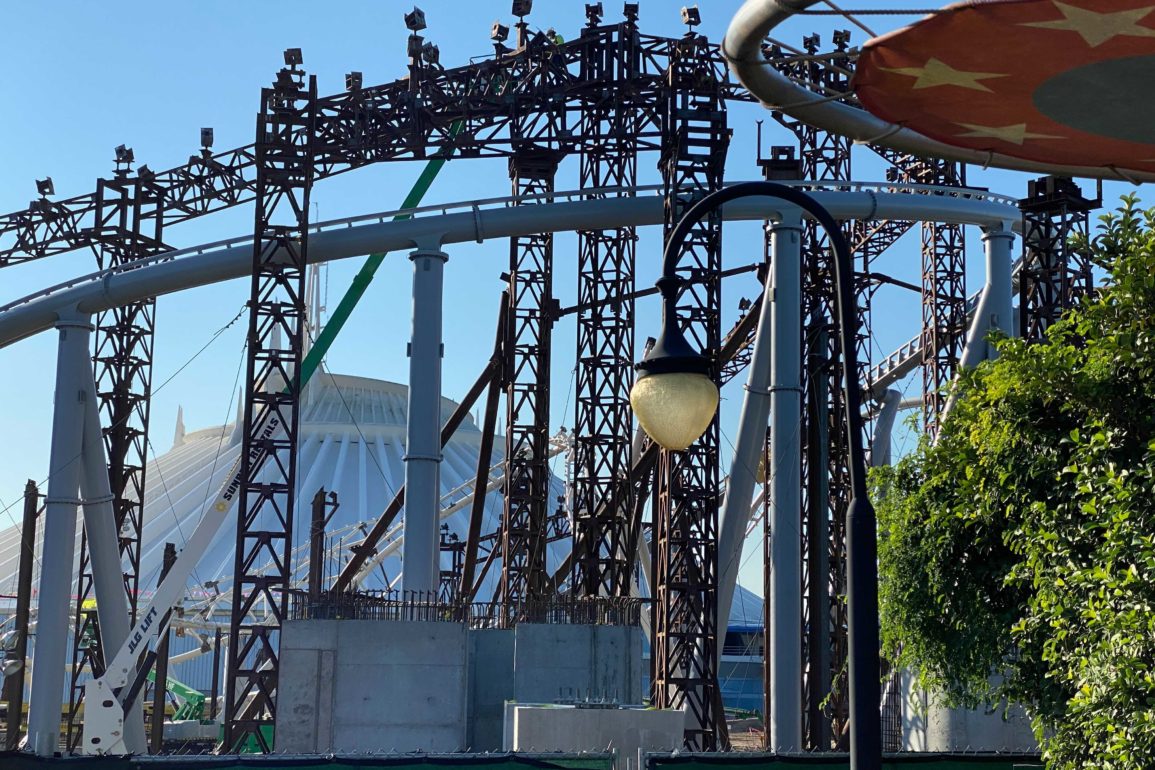 Construction over at TRON Lightcycle / Run continues to move along in the Magic Kingdom. And with changes coming nearly every day, it’s always worth getting a look at the latest progress!

From the buildings visible from the Walt Disney World monorail, we can see that the scaffolding has come down completely from the furthest building on the right,

While we saw the early stages of this process back on Tuesday, it seems that the scaffolding is now completely gone.

From inside the park, we can see pieces of the canopy still on the ground as they wait to be hoisted into the air.

Since our last visit, another horizontal scaffolding piece has gone up between the furthest two supports to the left.

This webbing-like structure should be very impressive once it’s complete, but for now, it’s just staged off to the side.

The supports give us a very general sense of how the illuminated canopy will curve around the track.

As we’ve noted previously, the track has been covered in a white tarp during this part of construction.

We also spotted a few workers on the ground. Without them, we wouldn’t be able to enter The Grid.

For the most part, the sections of the show building that we can see appear to be mostly enclosed. All that remains is the section where the track enters the building.

TRON Lightcycle / Run is set to open by the 50th anniversary of Magic Kingdom next year. You can check out a full POV ride-through of its sister coaster, TRON Lightcycle Power Run, in Shanghai below: