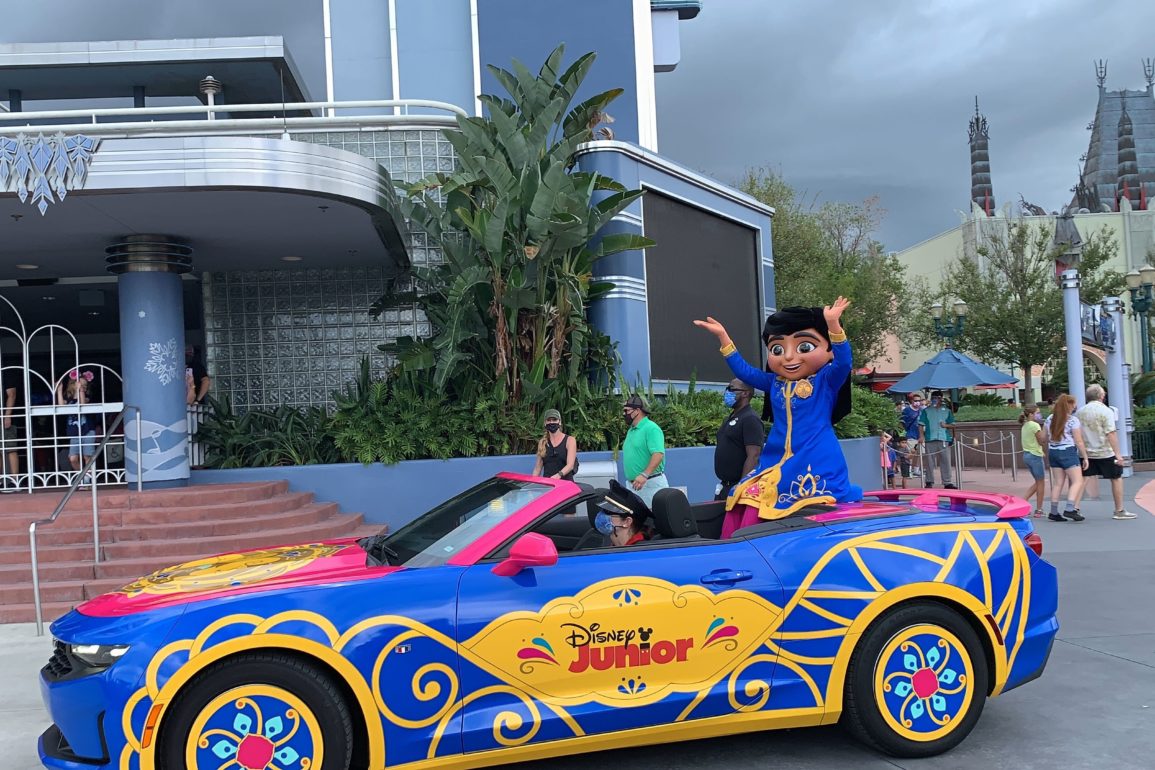 It’s a Disney Junior party, alright! Disney Junior’s newest star Mira, of “Mira, Royal Detective”, has made her big debut as part of the Disney Junior Stars Motorcade at Disney’s Hollywood Studios. Not only does the character appear in the motorcade, she gets her very own entourage, complete with a themed car and banner. You can see Detective Mira in her Hollywood Studios debut in the YouTube video below:

Do note that Mira is a limited-time special guest in the Disney Junior Stars Motorcade just for this weekend, but given her grand welcome, we’re sure she’ll be back for more special appearances. Here’s a look at her cavalcade segment:

“Mira, Royal Detective” is set in a fictional kingdom called Jalpur, which resembles a late 19th century India. The series celebrates Indian culture and customs, which is why Mira’s entourage shows up wearing a colorful array of saris and traditional Indian wear.

Mira’s royal blue car is decked out with gold and pink accents. You’ll notice she rocks some adorable Bollywood-style dance moves herself along the motorcade.

The Disney Junior Stars Motorcade features favorite characters such as Vampirina, Doc McStuffins, Fancy Nancy, and more! You can catch the cavalcade throughout the day starting at the entrance of the park. Remember, these character appearances take place sporadically, so keep your eyes peeled on Hollywood Boulevard for some of your favorite characters driving by!

You can catch the official trailer for “Mira, Royal Detective”, now available on Disney Junior, in the video below: