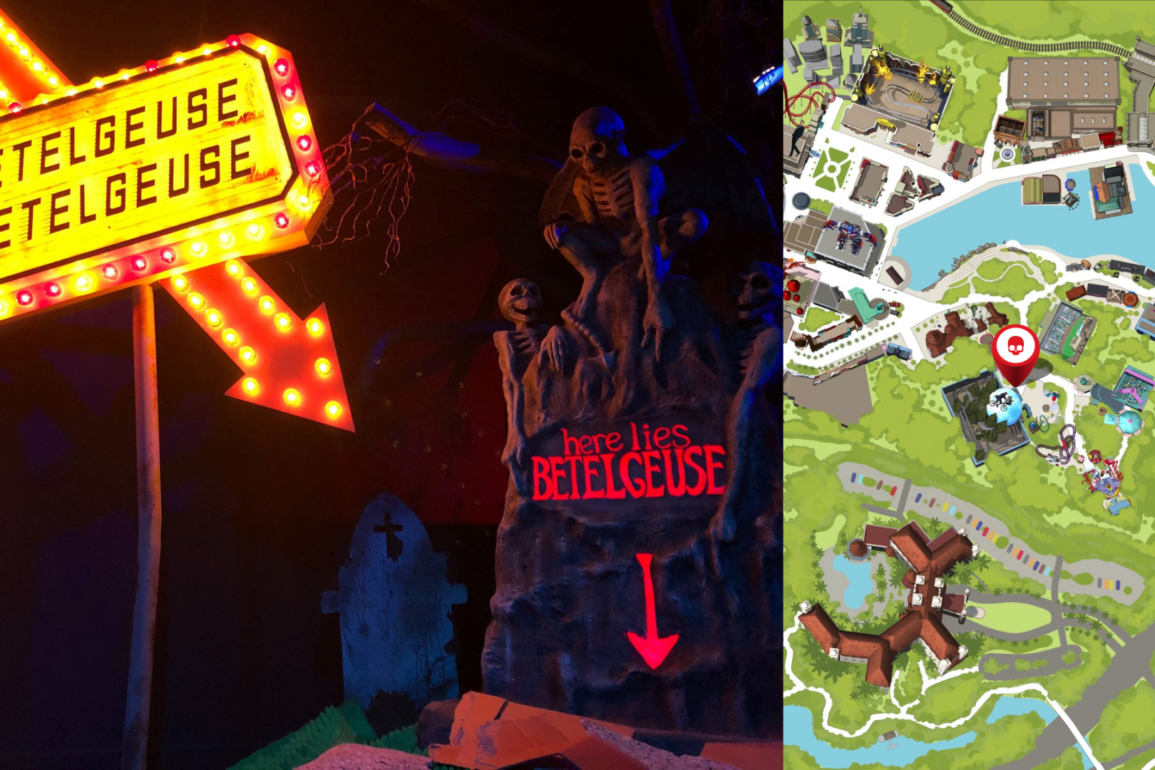 It’s showtime. Previously confirmed by way of Halloween Horror Nights merchandise that was released (and quickly pulled back off the shelves), it’s no secret that Universal was planning some kind of seance to bring Beetlejuice into this year’s HHN experience—he even got his own section at the Tribute Store. However, given the cancellation of the main event, and drastic modifications made to the two houses they were able to pull off, it seemed that the Beetlejuice house was shelved for next year’s event… or is it?

The rumor mill is buzzing with talk of Beetlejuice making a surprise appearance at the tail end of this year’s Halloween season—Team Members and actors initially billed for roles in the house have been made to sign additional paperwork and NDAs, graphic art is going up on one of the soundstages, and now the Universal Orlando app is showing an odd “Test”, with Revenge of the Tooth Fairy used as a placeholder of sorts for a house seemingly located near last year’s Universal Monsters haunted house (inside the Second Parade Warehouse) in the Woody Woodpecker’s KidZone area of Universal Studios Florida.

Rumors suggest that the house could open at any point this weekend, even on Sunday, despite that being the official last day for the Halloween haunted houses.

We’ll continue updating you on the status of the house and whether or not you should run over and “jump in the line” (rock your body in time). Go ahead, Universal. Make our millennium.