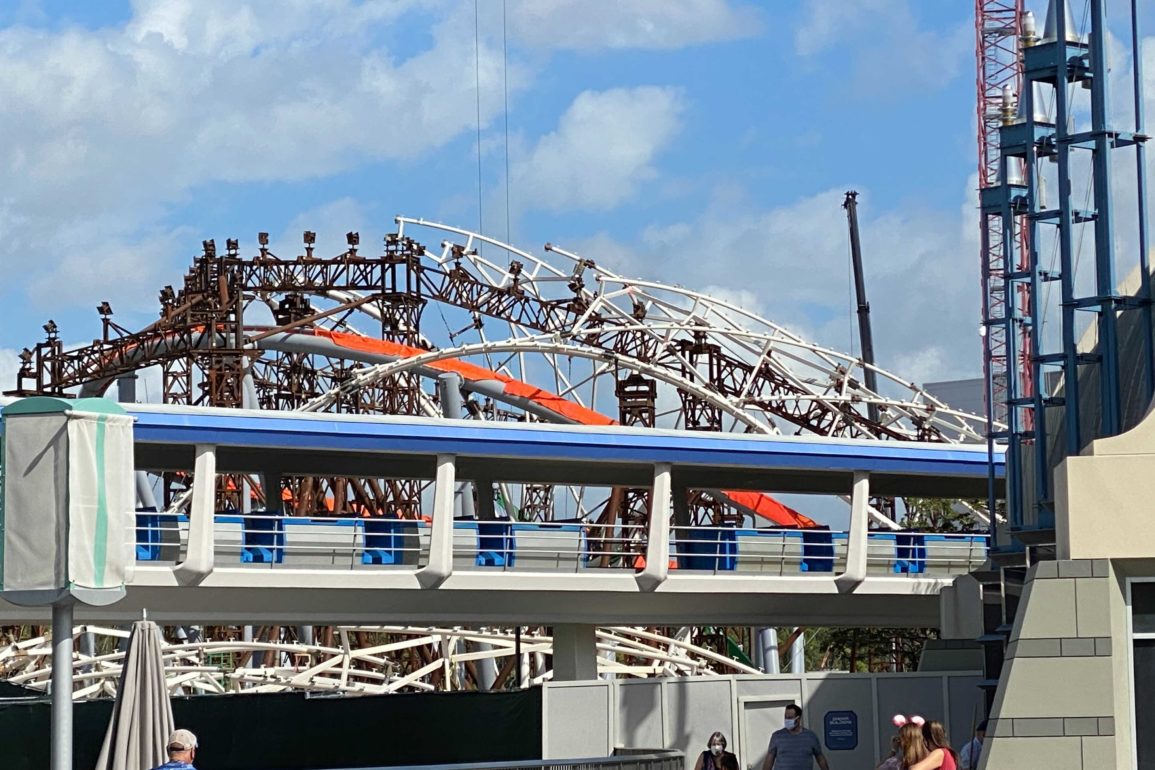 PHOTOS: Construction Continues on Massive Illuminated Canopy for TRON Lightcycle Run, Plus a Look at Ongoing Tomorrowland Refurbishments at the Magic Kingdom

Refurbishment of Tomorrowland in Magic Kingdom continues slowly but surely. With the PeopleMover closed through at least January 9, work is moving forward on the support beneath the track, as well as some of the supports for the attraction’s roof.

Three of the supports previously surrounded by scrims have now been uncovered, including this one near the entrance to Buzz Lightyear’s Space Ranger Spin.

These two have also been revealed. The vertical supports have been painted white to reflect the new minimalist look of Tomorrowland.

These will later be painted white as well.

Further back in the land, we saw a canopy piece being lifted at TRON Lightcycle / Run.

Right now, work is almost exclusively focused on the attraction’s illuminated canopy. There are rumors that the rest of construction is at a standstill and the ride won’t be able to open before Magic Kingdom’s 50th anniversary next year.

In any case, the illuminated canopy is coming together quickly.

Once the canopy is completely installed, the temporary reddish-brown supports will be removed and we will get to see the exterior portion of the track in all its glory.

Siding continues to be installed at the last portion of show building beneath the track. Soon the building will be entirely enclosed.

Some workers were in a high reach near the curve of the track, likely to assist with canopy installation.

For reference, here is what the final canopy will look like inside, from TRON Lightcycle Power Run in Shanghai Disneyland:

You can check out a full POV ride-through of TRON Lightcycle Power Run in our video below.

Next
VIDEO: Disney Releases Heartfelt New Animated Short for the Holidays, Plus A Vintage Mickey Plush for the 40th Anniversary of Make-A-Wish Foundation