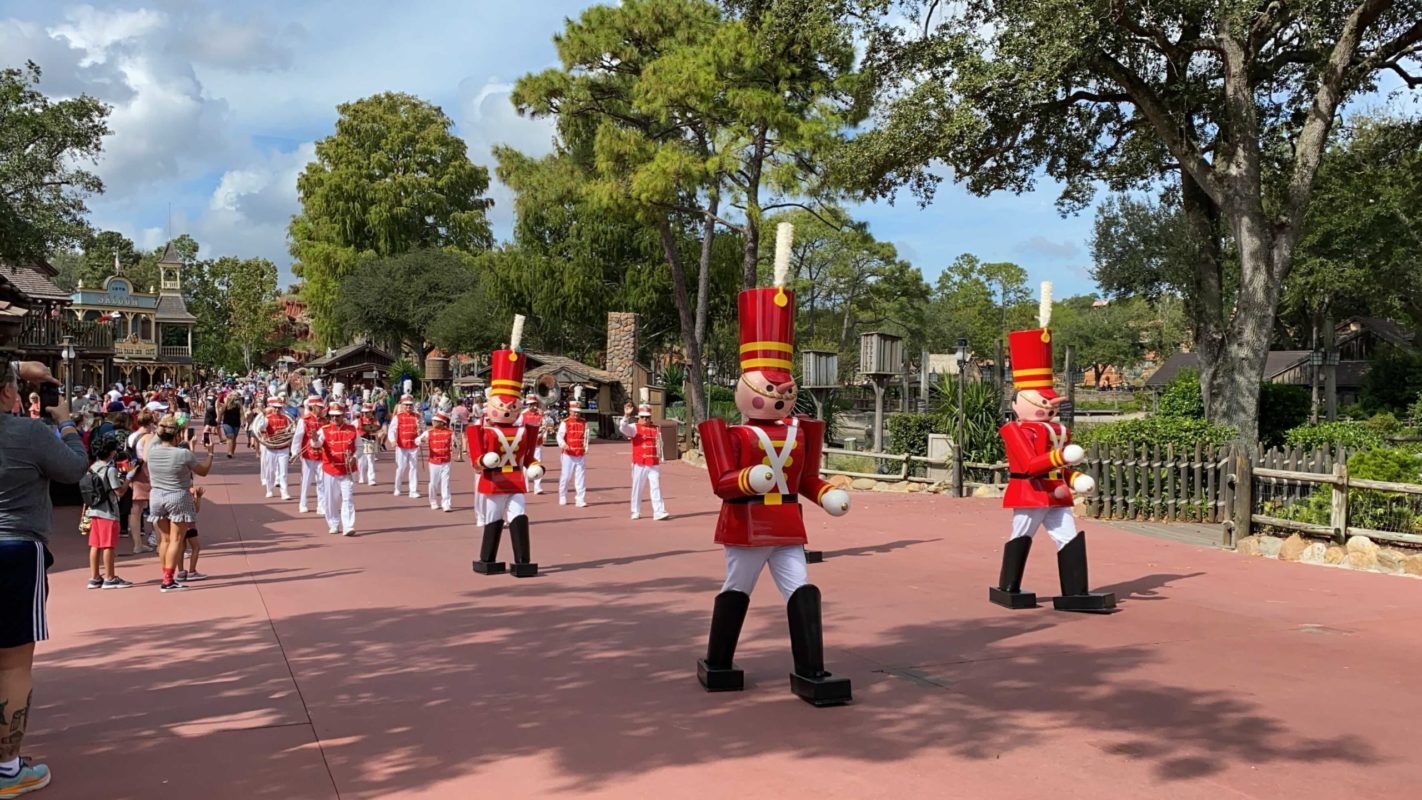 The holidays have arrived at the Magic Kingdom for 2020, and it wouldn’t be Christmastime at the Most Magical Place on Earth without those Toy Soldiers!

The platoon leads the march of the Main Street Philharmonic as they make their way through Frontierland.

Given their precision toy-like movements, it really is a sight to see them parading through the park.

The musical ensemble, dressed in their standard outfits, have broken out some yuletide classics for the occasion. When they passed by our reporter, we could here them playing some brassy versions of “It’s the Most Wonderful Time of the Year” and “Deck the Halls!”

Be sure to watch our video of this melodious march below, and take a glimpse at our looks at other musical entertainment in the Magic Kingdom.