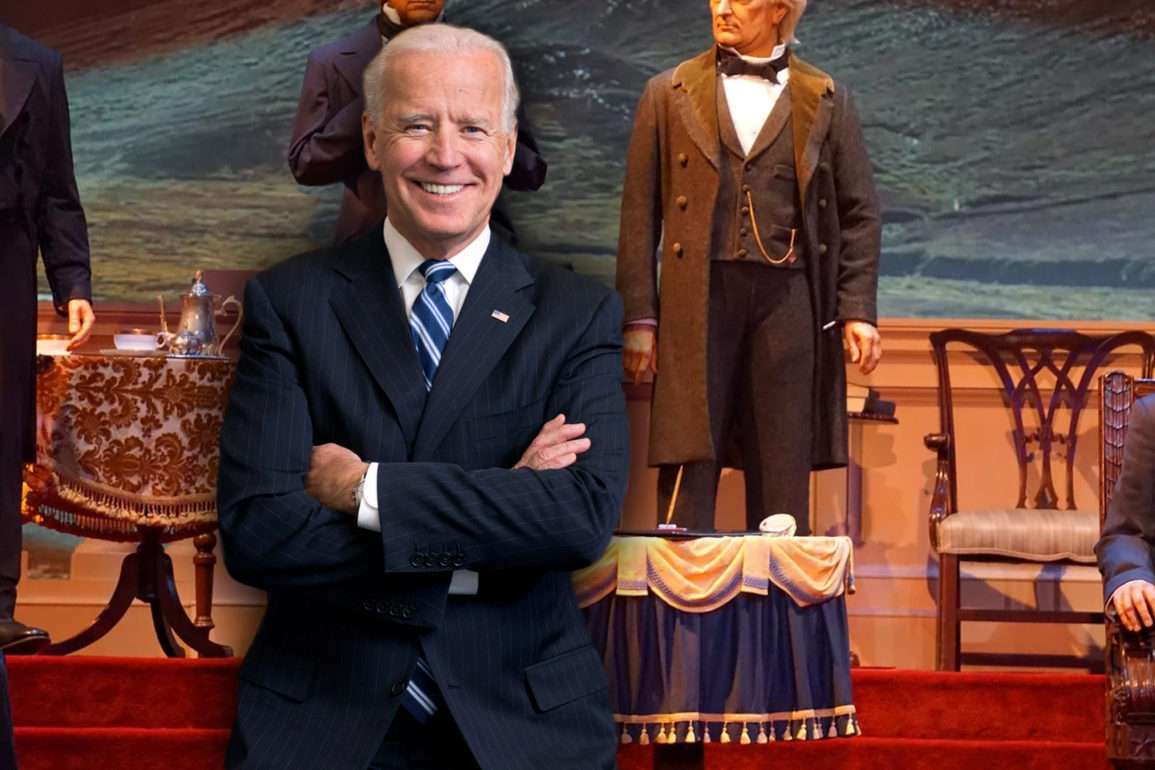 After days of counting ballots, the time-honored democratic process of electing (or re-electing) the nation’s president has finally concluded in the United States. Joe Biden is the projected official winner of the 2020 Presidential Election—and while that will mean many changes for the country, the outcome may also affect a tiny corner of Walt Disney World—namely, the Hall of Presidents.

Since its inception, the Hall of Presidents has added a new audio-animatronic figure of each newly-elected president entered into office. From Gerald R. Ford, to Jimmy Carter, Ronald Reagan, and George H.W. Bush, the tradition has continued with the addition of Bill Clinton, George W. Bush, Barack Obama, and lastly, Donald Trump. It’s assumed that Joe Biden will also get the animatronic treatment, with arrangements to be set up for him to provide his voice and record the dialogue for his audio-animatronic figure in the days following his inauguration.

The interesting thing about this election, however, is that for the past several years, presidents have run two terms, thanks to re-elections. Bill Clinton, George W. Bush, and Barack Obama were all in office for two terms, making this the first time in decades that Disney will (supposedly) add in a new animatronic after less than 4 years.

Over the years, the Hall of Presidents has become a contentious offering at the Magic Kingdom—the Trump refurb didn’t just bring a new animatronic to the attraction, but also spikes (okay, “finials”) along the front of the stage and even security guards stationed at the entrances and exits. Some have even suggested closing the show down altogether due to its deeply polarizing nature. Still, the attraction continues the positive message of the American Dream while not taking any political sides.

You can view the current iteration of the Hall of Presidents in our YouTube video below, where the Donald Trump animatronic takes center stage after the other presidents are introduced. He then delivers the passage for being sworn into office, and then presents a speech about the legacy of the American Dream and the presidency:

With the results of the election just announced, it’s unknown when Disney will follow up with the announcement of a Hall of Presidents refurb. We’ll keep you updated on any further developments regarding this classic attraction at the Magic Kingdom.

Previous
VIDEO: Every Christmas Holiday Cavalcade, Photo Op, and Character Experience at the Magic Kingdom for 2020

Next
PHOTOS, VIDEO: Main Street Philharmonic and Toy Soldiers March into the Magic Kingdom for Christmas 2020