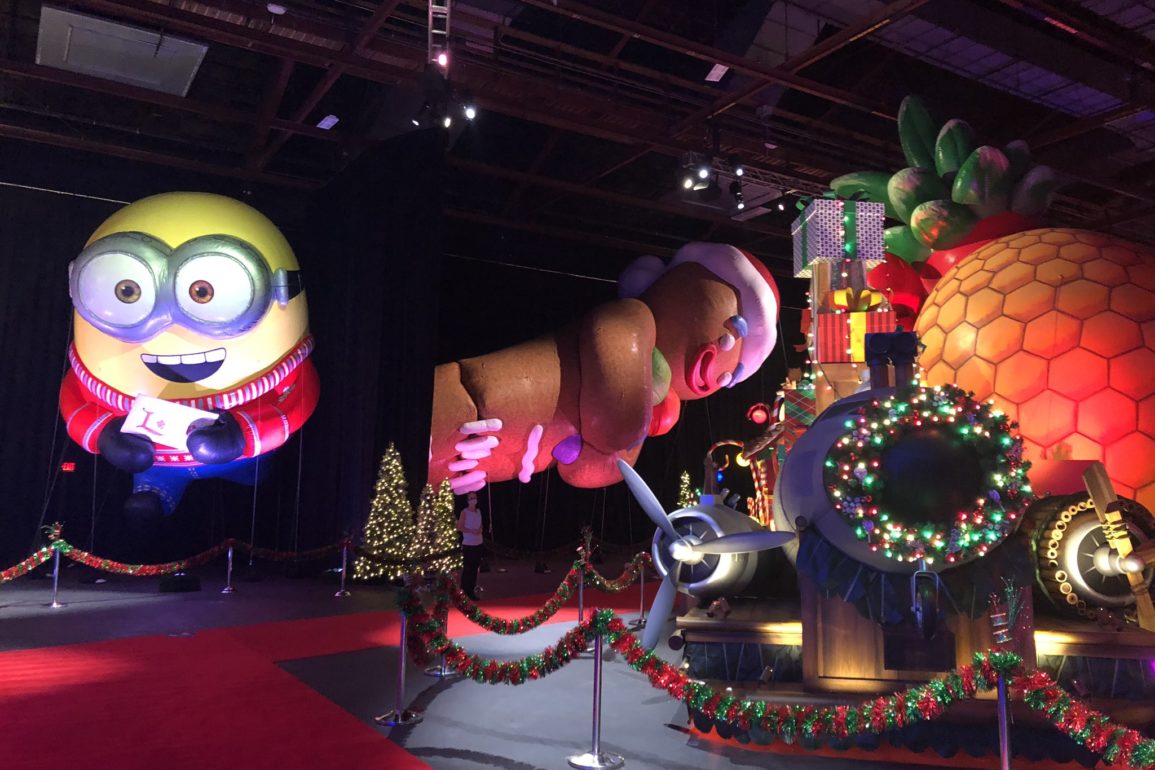 Merry Christmas from Universal Orlando Resort! A slew of holiday happenings have just begun across the resort, but we’ll start off with one of the coolest: the NEW Universal’s Holiday Experience featuring Macy’s Balloons.

In this festive walk-through experience, you’ll get closer than ever to larger-than-life Macy’s balloons and colorful Christmas floats, including some featuring characters from DreamWorks Animation’s Shrek movies and Madagascar franchise, along with the Minions from Illumination’s Despicable Me. You can even get a photo with Santa himself, wearing a face mask, of course. Get ready to smile because it’s one great holiday photo op after another!

A Virtual Line will be in place for the experience if it gets too busy, but if you arrive early enough like we did (think 7:30/8:00 AM), you can line up normally via a standby queue.

You’ll find the entrance to the left of Race Through New York Starring Jimmy Fallon, in Production Central. Just follow the Christmas trees!

Once inside, you’ll find an amazing array of new and familiar Christmas displays and Macy’s Balloons. Check out a full video tour of the walkthrough on our YouTube below, and keep scrolling for photos of balloons, displays, and of course, Santa!

That teddy bear in a Despicable Me stocking must mean Santa Claus is almost here!

One of the Minions from Despicable Me appears in a seasonal sweater with Gru, along with a Madagascar-inspired blimp and a teddy bear balloon.

Even Lucy Wilde-Gru makes an appearance!

Puss in Boots was in his holiday finery.

It’s amazing to see some of the heavy weights that hoist down these massive balloons.

Here we see one of Donkey’s children from Shrek decked out in their holiday best.

Santa’s helpers had adorable red dresses on, with matching face masks, too!

And finally, it’s time for the man himself—Santa!

Not only is Santa socially distanced up on his poinsettia-lined pedestal, but he’s also wearing a face mask to keep safe.

Of course, it isn’t officially Christmas in Florida without some “snoap”.

Will you be visiting Santa and the Macy’s Balloons at Universal’s Holiday Experience this year? Let us know in the comments!