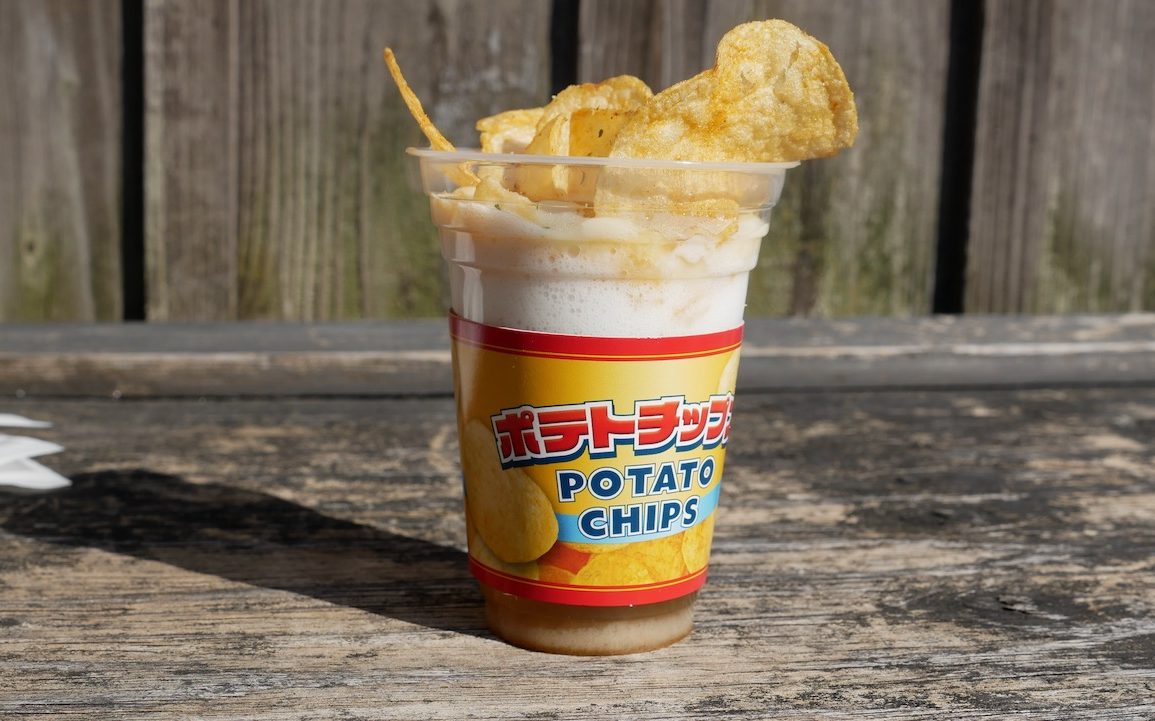 One thing people always think of when they imagine Japan is wacky food with weird combinations, and theme parks sure play in to that sometimes. From popcorn-flavored soda at Tokyo Disneyland to what we tried today, there’s always something weird that makes you ask “why?” At the Universal Market carts in New York, you’ll find the Potato Chip Drink, something that was so irresistable, we just had to go down to Universal Studios Japan in Osaka and try it!

On the sides of carts at Universal Market, you’ll find this unmistakable ad for the new drink. It’s even more unbelievable to think of than when it was first announced just a couple of weeks ago!

The drink comes hot in a plastic cup with this potato chip label around the front end.

And what would a Potato Chip Drink be without potato chips? The beloved snack in its original salt flavor comes on top of the drink.

Removing the label, we can see the makeup of the drink—potato chips on top, followed by a layer of mashed potatos as “foam”, then consommé soup on the bottom. Consommé is a popular flavor for Japanese potato chips.

The chips on top, surprisingly, are not soggy and actually remain quite crisp despite being embedded in mashed potatoes. The mashed potato layer in the middle has a buttery flavor that could use some salt and pepper, but otherwise doesn’t offend and manages to stay mostly solid despite being directly atop soup. And the soup itself is pretty par for the course as consommé goes, with a plain, slightly meaty soup broth flavor that complimented the other potato layers well. Just be careful of the soup burning your tongue!