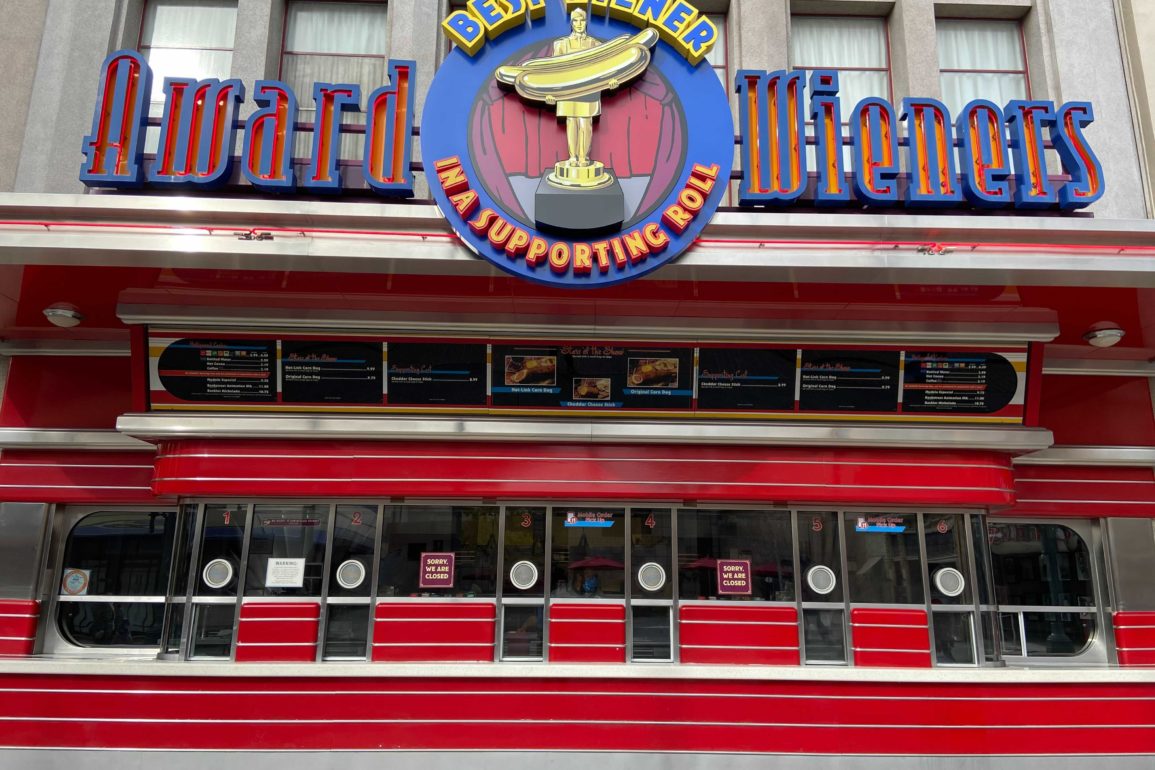 As California braces for another lockdown, most if not all dining locations across the recently-reopened Buena Vista Street shopping district—part of the Downtown Disney District expansion—have closed to stay within newly-issued guidelines. Take a walk with us around what’s left of Buena Vista Street, as more of the area has been roped off now to guests.

We’ll start off with one of the greatest losses, the park’s Starbucks location. Fiddler, Fifer & Practical Cafe, along with the two Starbucks inside Downtown Disney District have closed until further notice.

Currently, the only open snack location is Trolley Treats. Similar to Marceline’s Confectionery in Downtown Disney District, given that it sells pre-packaged treats, they managed to keep it open despite new guidelines. Guests can only take their items to-go and eat them once off property, though.

The rope over at Grizzly Peak has moved up with the closure of Smokejumpers Grill. A Cast Member stands watch to make sure guests don’t meander further into the land, which was previously open all the way over to where the Popcorn at Grizzly Peak Airfield stand was.

Things are quiet over by Carthay Circle Restaurant, where al fresco dining has been suspended due to the new guidelines.

There is a rope just past this hand washing station, where the snack carts by Carthay had previously moved past those former a bug’s land gates into Avengers Campus.

The carts are still out, however they are only selling popcorn buckets at this time, including the new Annual Passholder exclusive Jack Skellington bucket.

Moving down over to Hollywood Land, tables are still set up for the now-closed Carthay Circle.

Restrooms, of course, are still available to guests—please make sure to keep your mask on at all times, even inside.

Award Wieners has halted its serving of ultra-popular corn dogs for now, as it is closed.

Still, guests can walk up right to the trolley for photos, as well as head into Off the Page.

The rope leading into the rest of Hollywood Land remains intact, and Schmoozies remains closed at this time.

Walking back out, we noticed one of the many food carts that are still closed.

It’s unknown how long the stay-at-home order will be in place for, as ICU capacity must first recover above the 15% threshold for Southern California to transition back to its new normal.

For now, Downtown Disney District and Buena Vista Street remain open with stated hours, including extended hours for the holidays. Disney’s Grand Californian Hotel & Spa, previously slated to reopen this past weekend, has had its reopening delayed indefinitely.