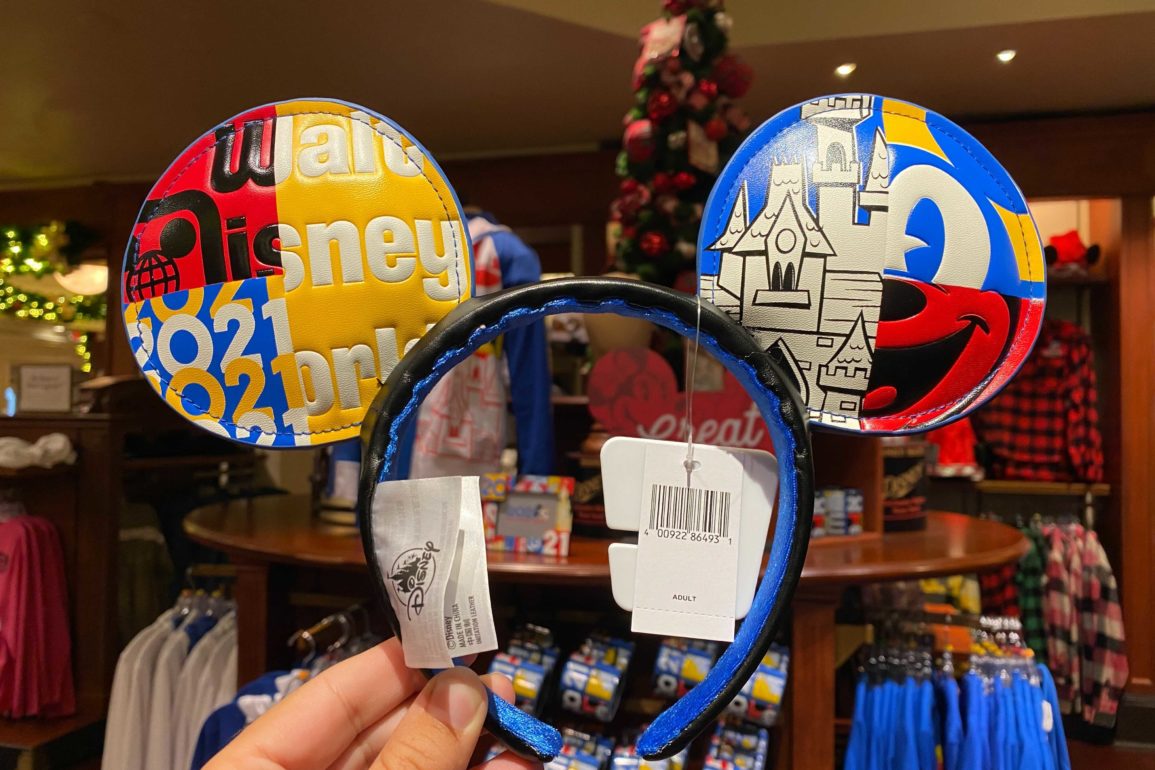 There’s just days left to go until we ring in the new year, but Walt Disney World is already celebrating 2021 with a new Mickey ear headband!

The headband matches the rest of the 2021 merchandise collection, featuring Mickey friends and park icons rendered in the style seen in the Disney Channel shorts in a simplified color palette of blue, yellow, red, black and white. We found a similar headband at the Disneyland Resort earlier this month.

On one ear, Mickey shares the space with Cinderella Castle. It’s two icons for the price of one!

Both ears and the outside of the headband are covered in a leather-like fabric.

The other side has the year printed next to the classic Walt Disney World wordmark, which has been embossed.

The same logo (though not cropped) is also embroidered on the outside of the headband in yellow. It’s just another reminder that 2021 is looking to be a big year for Walt Disney World as it celebrates its fiftieth anniversary.

Meanwhile, the inside of the headband is covered in a blue velour.

They retail for $29.99. We found them in the Emporium at the Magic Kingdom, but we expect they should be available elsewhere around the resort.

Looking for more merchandise for that big countdown to midnight? Be sure to check out even more from the collection, including toys, hats and pins, a MagicBand, ornaments and more!