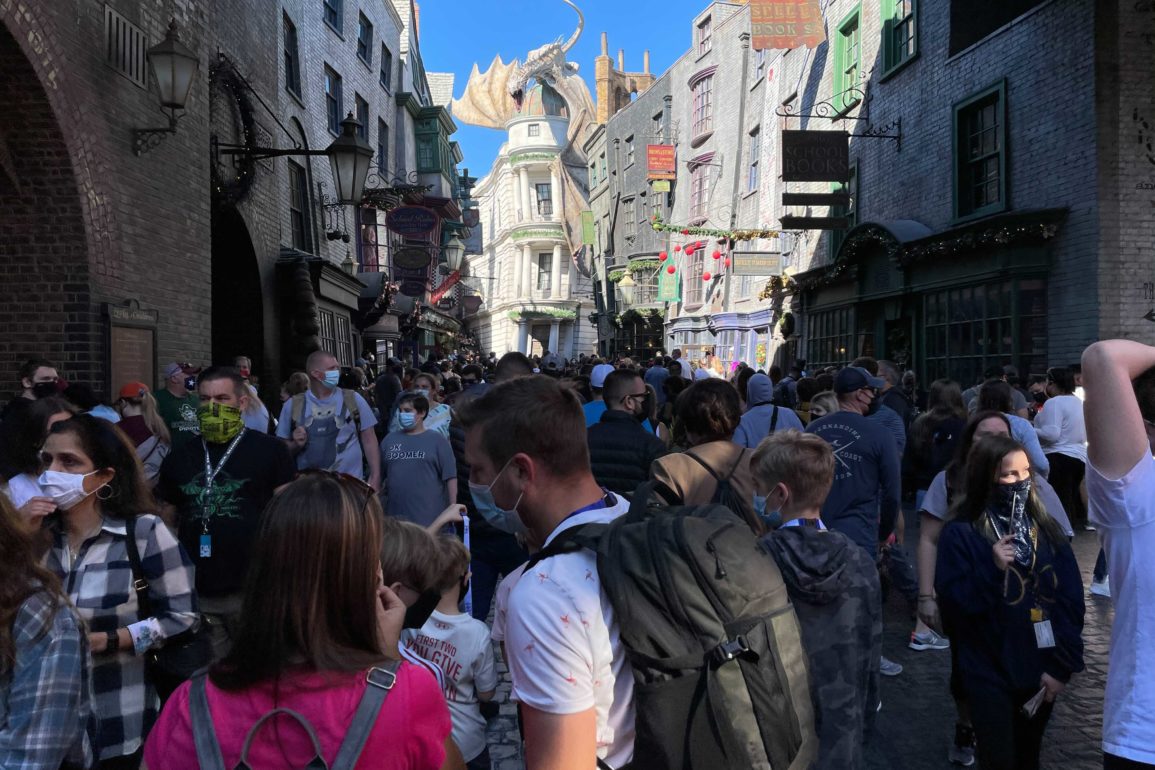 Universal Orlando Resort’s theme parks have reached capacity once again. This has become a frequent occurrence, with it also reaching capacity yesterday and four days in a row last week. We made it into Universal Studios Florida today to take a look at the crowds.

Crowding was intense on the walkways leading to security check.

Once in CityWalk, there was more space to spread out, but still plenty of people.

The line for Universal Studios Florida stretched through CityWalk as usual.

A security guard stood with a sign that let guests know the theme park was at capacity.

Inside, crowding got worse in Production Central as guests decided where to go next and joined lines.

Many guests were lined up for snacks.

Next to the Christmas tree, guests gathered to take photos.

We headed towards Diagon Alley, and passed more lines.

Crowds were forced to funnel into smaller walkways in the London section of the park.

As we expected, Diagon Alley was one of the busiest sections of the park.

You’ll often find guests stopping in the middle of the sidewalk here to get a picture of the fire-breathing dragon. This only makes the crowds worse.

Guests were forming a line for Harry Potter and the Escape from Gringotts, while Team Members told them the ride was at capacity and they should not form a line.

We expect to continue seeing heavy crowds at Universal Studios Florida and Universal’s Islands of Adventure as the busy season finishes this week with New Year’s Eve. Crowds will most likely lighten up in January and February.