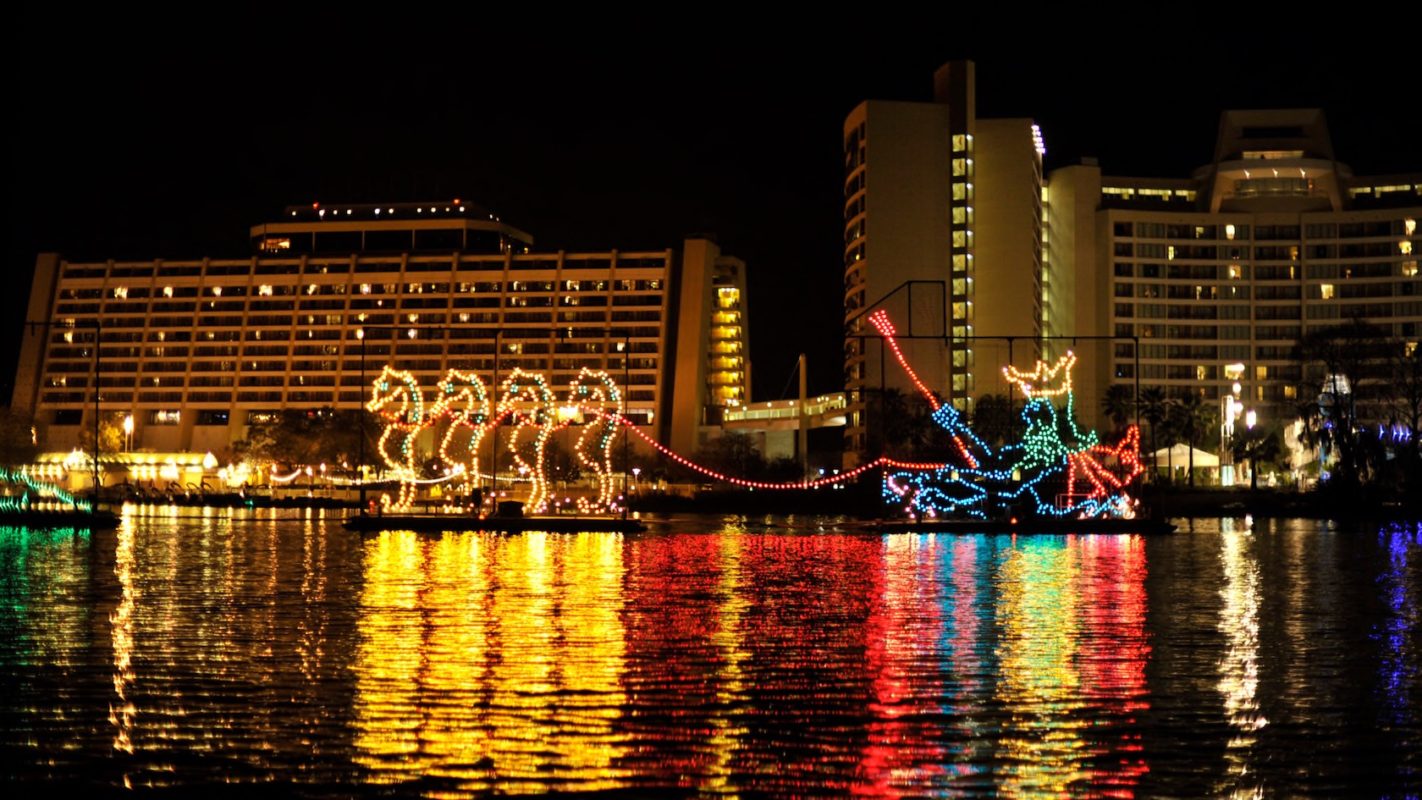 Disney announced earlier today that the Electrical Water Pageant would be returning to Walt Disney World. While the initial announcement did not mention a time frame, the official entertainment calendar has been updated with a December 20 date for its return.

On Sunday, December 20, the Electrical Water Pageant will begin its aquatic parade at Disney’s Polynesian Village Resort, making its way around Seven Seas Lagoon at the following times:

The Pageant spends about 15 minutes at each stop before moving on to the next location. Showings will take place nightly. You can check out Disney’s official announcement in the video below, where Cast Members show you a behind-the-scenes look at the floats:

Recently, guests have been able to catch glimpses of the pageant’s floats staged by the dock, and last night, they were testing with both lights and music on.

The Electrical Water Pageant premiered on the Seven Seas Lagoon and Bay Lake for “Dedication Day” at Walt Disney World on October 25, 1971, and the floating nighttime parade has been entertaining guests with whimsical sea creatures and classic Disney tunes ever since.

Are you looking forward to the official return of the Electrical Water Pageant at Walt Disney World? Let us know in the comments below!