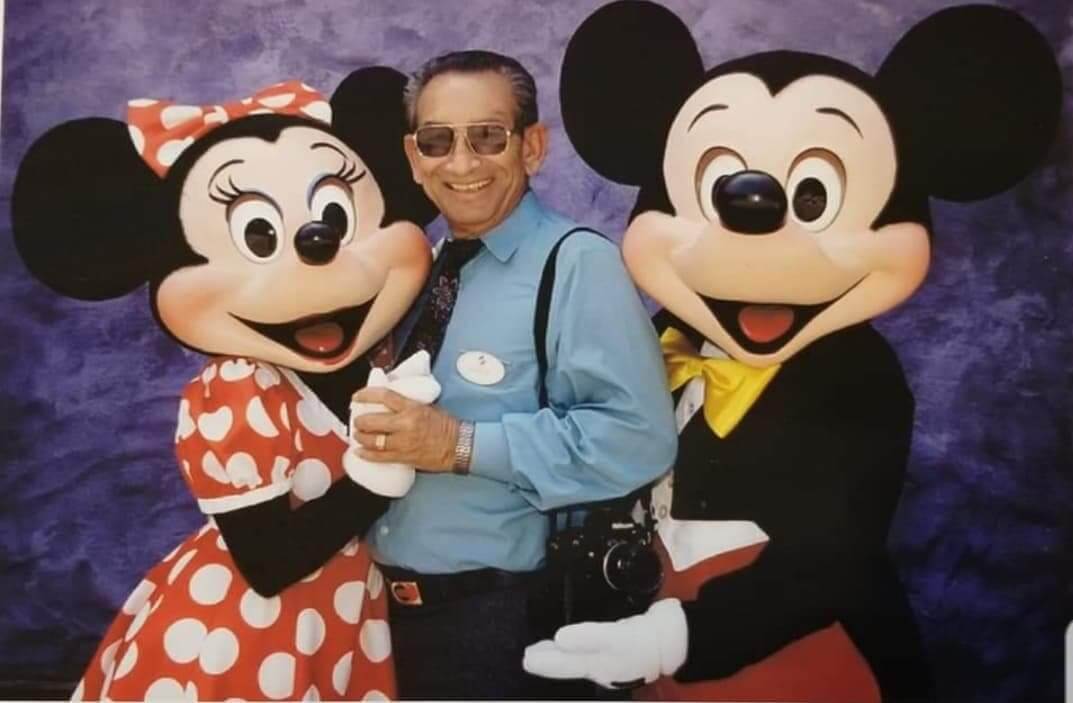 Renie Bardeau, Chief Photographer at Disney from 1975 to 1998, passed away on January 4th at 86 years old due to kidney failure complications related to COVID-19. He was best known as the photographer of some of Walt Disney’s most iconic Disneyland portraits.

Perhaps Bardeau’s most iconic photo is this shot of Walt Disney walking the grounds of Disneyland in 1964, entitled Footsteps. The Disneyland Resort issued the following statement in the wake of his passing:

We are deeply saddened to hear of the passing of Renie Bardeau, who will long be remembered for some of the most iconic Disneyland photography ever published.

His most memorable work also stretches to this iconic portrait of Walt Disney and Mickey Mouse aboard a Disneyland Fire Department car. As it happens, this was the final picture taken of Walt Disney at Disneyland before his 1966 passing.

Bardeau is survived by his daughter, son, stepson, four grandchildren and two great-grandchildren.