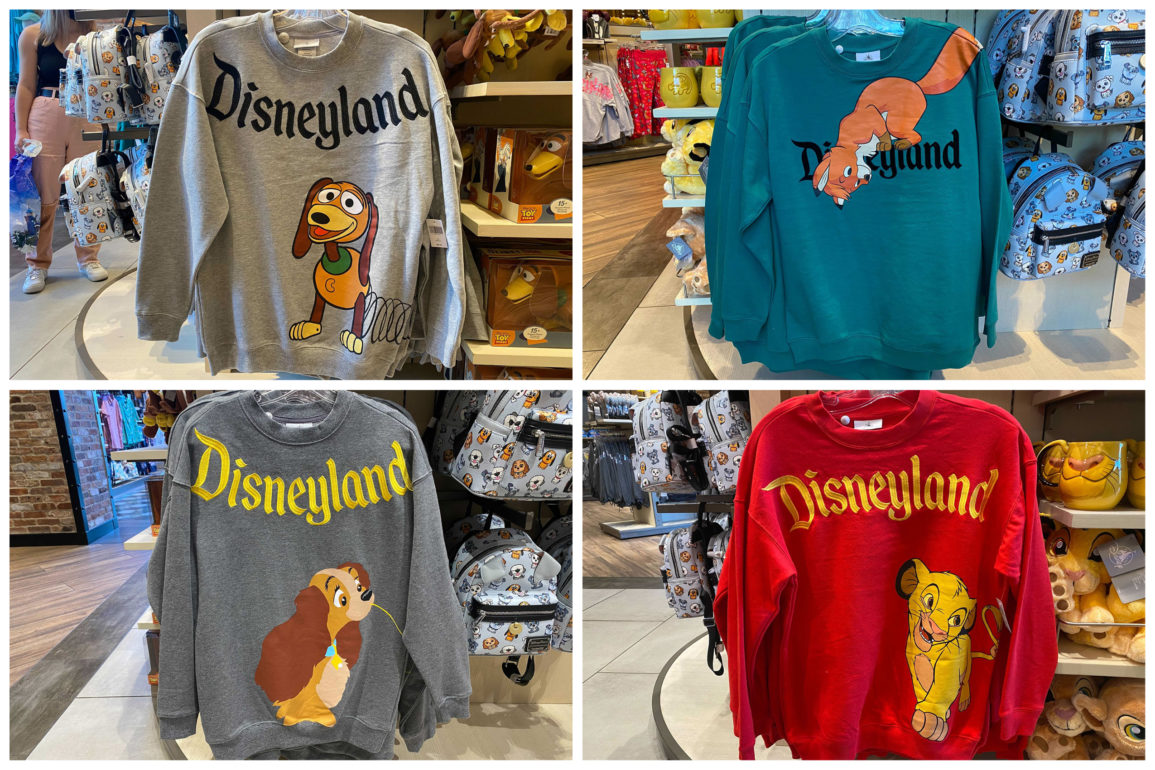 As the winter chills set in, there’s plenty of choices for Guests to warm up while visiting Disneyland, like fleece character sweatshirts or vintage hoodies. After all, who doesn’t love to sport their favorite character wear when they visit the parks? Now there’s four new sweatshirts featuring characters from The Fox and the Hound, Toy Story, The Lion King, and Lady and the Tramp available at the World of Disney Store in Downtown Disney!

Lady and the Tramp Disneyland Sweatshirt – $54.99

The Slinky Dog sweater is a bit different, with Slinky Dog’s front side on the front along with “Disneyland” in black text, and his tail-end on the back along with a Toy Story logo.

The Fox and the Hound Disneyland Sweatshirt – $54.99

Finally, the Fox and the Hound version features a blue sweater with Tod on the front covering part of “Disneyland” written in black and Copper on the reverse.

All four of these adorable character pullover sweaters are available at the World of Disney store at Downtown Disney in the Disneyland Resort. Be sure to stop in on your next visit!