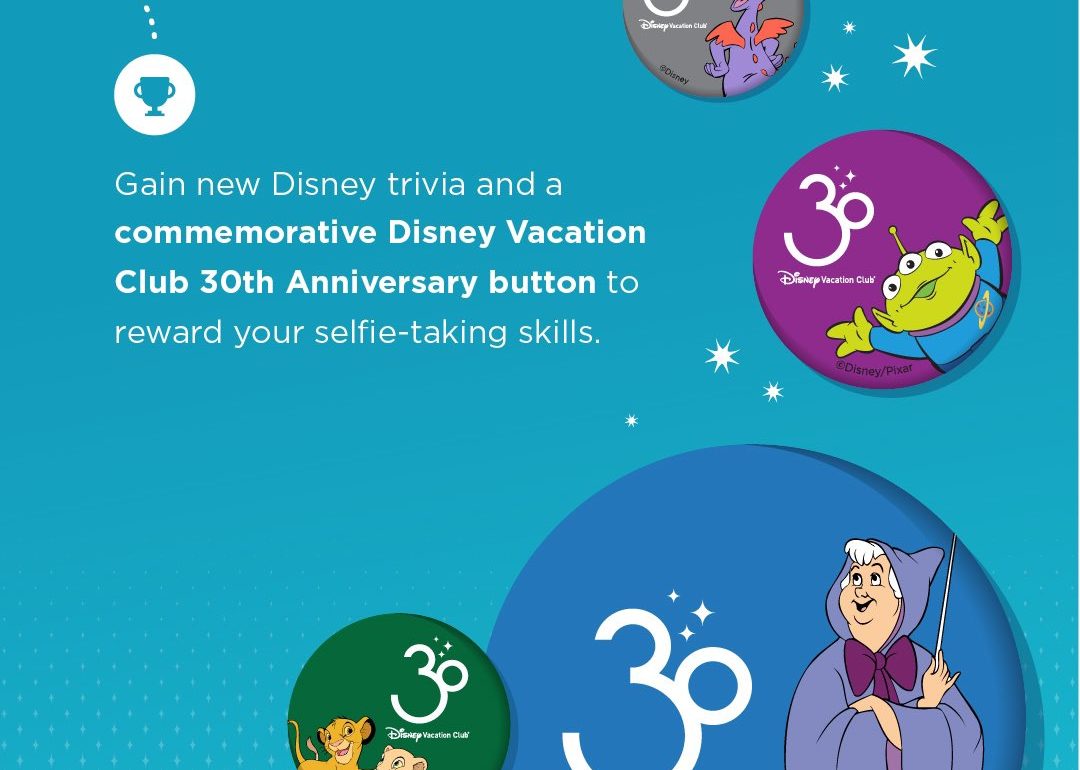 All guests need to get started is a smart device. They should then visit the Disney Vacation Club kiosk in each park:

After getting information about the hunt at a Disney Vacation Club kiosk, members can then head out on their selfie quest. Through the scavenger hunt, guests will learn fun facts about the scenery of Disney Parks.

One example is this information about Chester & Hester’s Dino-Rama! in Disney’s Animal Kingdom.

Disney Vacation Club also announced today that EPCOT’s Disney Vacation Club Member Lounge in the Imagination Pavilion will remain open through 2021. Beginning January 31, the lounge’s operating hours will be changed to 11:00 AM to 6:00 PM (currently noon to 7:00 PM).

Will you be participating in this Scenic Selfies scavenger hunt? Let us know in the comments.