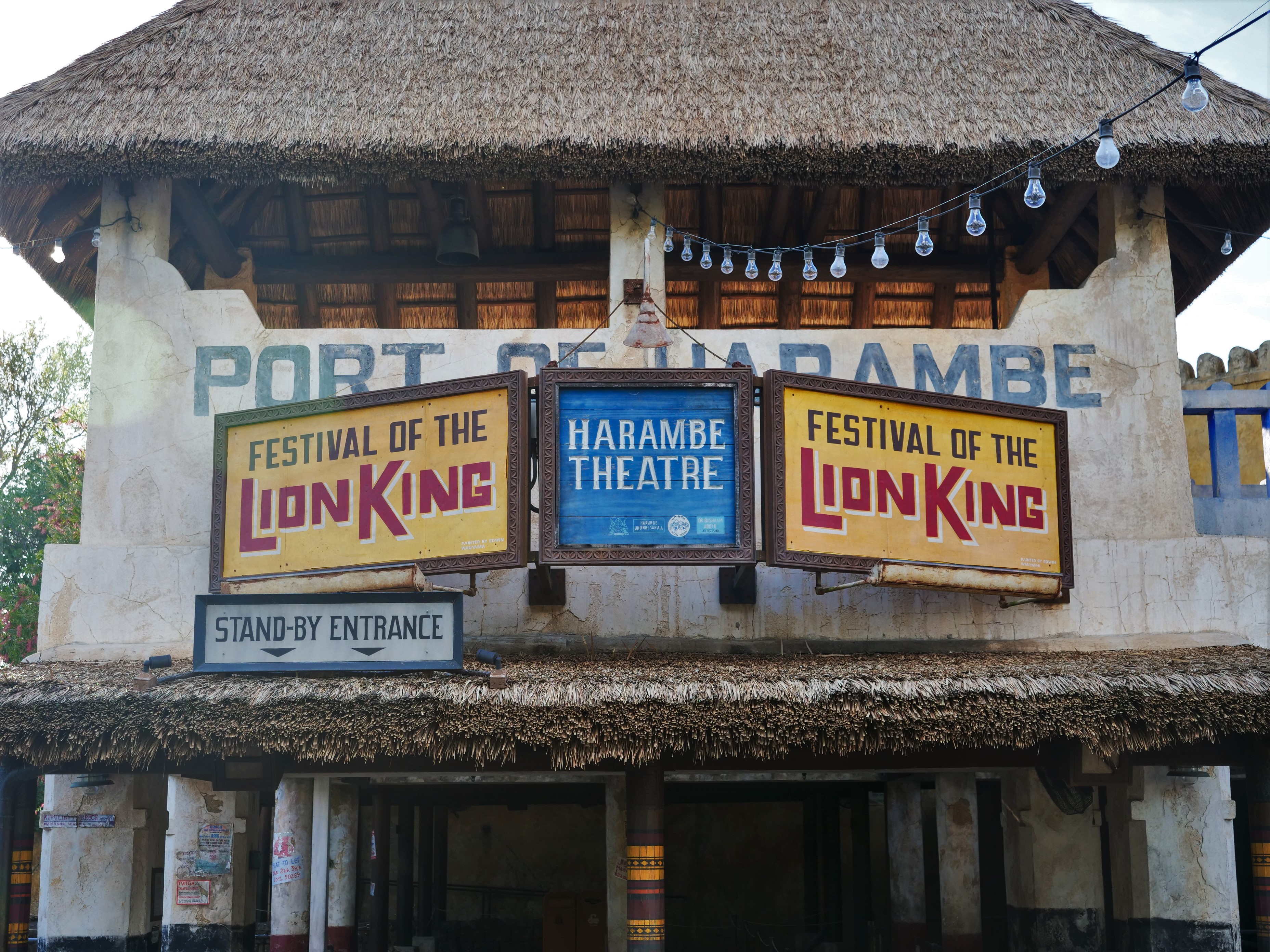 Disney announced yesterday that the beloved show, The Festival of the Lion King, will return in some form this summer. Disney informed us that the show will return in a modified form to include safety measures meant to keep performers and audience members safe during the COVID-19 pandemic.

Considering the tight indoor space of the Harambe Theatre at Disney’s Animal Kingdom, and some of the intricate dances and acts including groups of performers and acrobats, we’re wondering how much of the heart of the show will return with these safety measures in place. In October of last year, the entire equity cast of the Festival of the Lion King was laid off.

One of the most beloved acts in the show are the Tumble Monkeys, a group of four skilled gymnasts that preform an impressive trapeze and gymnastics routine. Many of the flips, twists and swings that are preformed in the act are done by the Tumble Monkeys in tandem, flipping close together or holding each other up with joint hands or legs. It has been confirmed that this act will not be part of the modified version of the show coming later this year.

While we’re definitely excited for the return of this crowd favorite, but it is worth noting just how different it will be.

We will keep you updated as more details on the return of the Festival of the Lion King are announced.