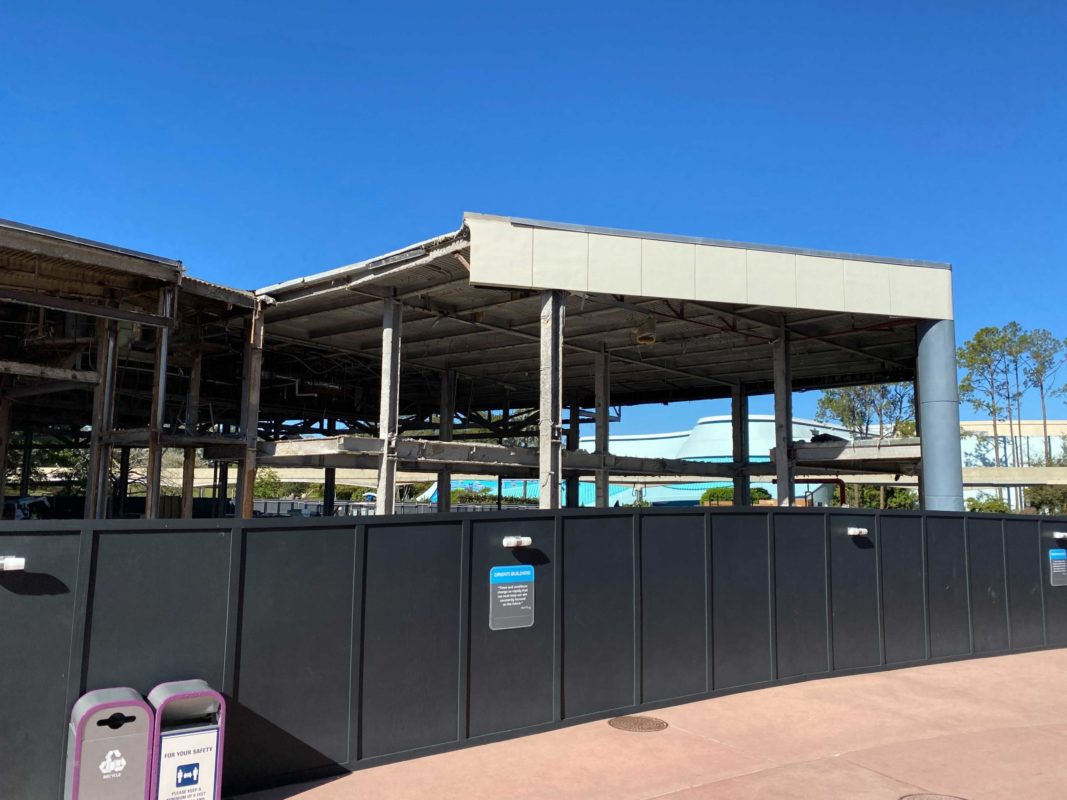 As the demolition of Innoventions West continues in EPCOT, more and more of the building is being stripped away.

A significant portion of the structure has been torn down from the side that connected Art of Disney to Innoventions West. We may be getting close to the demolition of the main structure now.

The windows we were keeping an eye on are also finally gone.

Other than that, this building mostly looks the same as when we previously checked in.

The building is almost entirely stripped down to its main structure, so it’s only a matter of time before that is destroyed.

Across the World Celebration neighborhood, steel beams have been erected around the Innoventions East building.

We noticed these structural elements during our last visit and they now surround the building.

MouseGear also has the structural beams between its windows.

There are still a few gaps remaining where windows will need to be installed at MouseGear, but the gaps mean we can see inside better.

We’ve been watching these dome structures appear in the ceiling of the store.

Construction workers were visible in one of the window gaps behind some Taste of EPCOT International Festival of the Arts tents.

This section behind MouseGear will be the new home of Club Cool.

Once Innoventions West is destroyed, construction will begin on Journey of Water Inspired by Moana.

PHOTOS: “The Bourne Stuntacular” at Universal Studios Florida Now Seating Every Row, Guests Seated Directly In Front or Behind Each Other