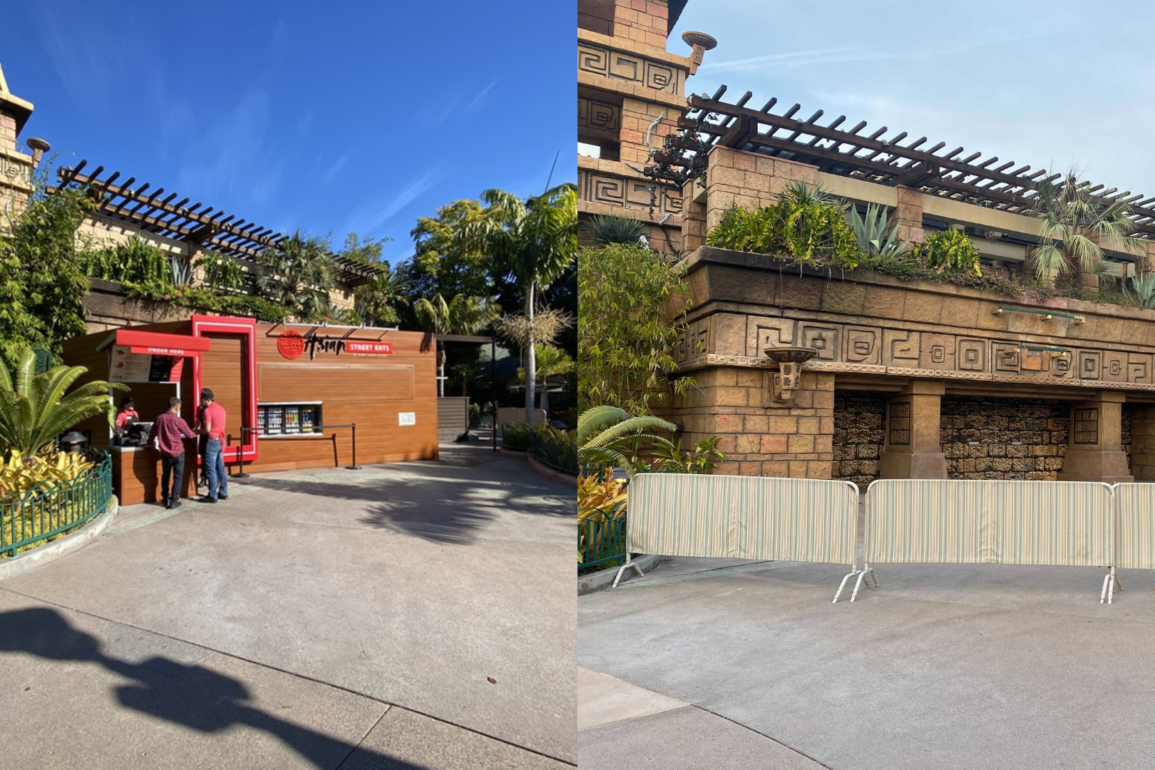 Asian Street Eats had been located in the Downtown Disney District since the end of 2019.

Asian Street Eats had Asian cuisine at a very reasonable price, with all of the entrees being priced below $10. The menu focused on mixed bowls, pancake wraps and potstickers.

Now all that remains of this well received grab-and-go restaurant is a large stain on the ground where it once stood.

Not only has the building disappeared, but the restaurant has been completely removed from the official Disneyland Resort website. The Asian eatery blocked the prior entrance to The Rainforest Café, which closed in 2018 when Disney planned to erect a fourth Disneyland Resort Hotel.

It is not evident as to why exactly Asian Street Eats has been removed from Downtown Disney, but considering that both Disneyland and Disney California Adventure have been closed since March, the restaurant most likely wasn’t as profitable as it was projected to be.

What do you think will replace Asian Street Eats? Should The Rainforest Café be resurrected? Let us know in the comments below!