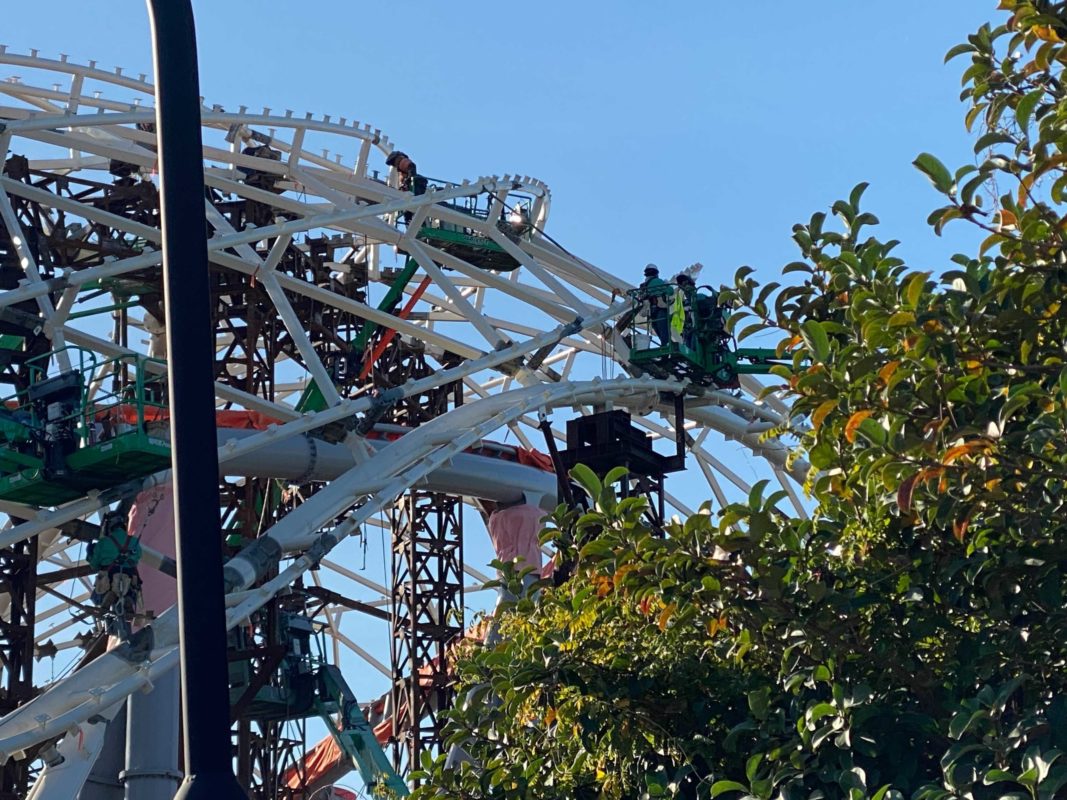 With the illuminated canopy framework almost complete on TRON Lightcycle / Run in the Magic Kingdom, plenty of workers were at the attraction today.

There were several high reaches in raised positions throughout the construction site.

Though the coaster looks like a tangled web of supports right now, it will appear much more streamlined once the temporary supports are removed.

Another two workers were in a high reach near the show building.

Some large pieces of canopy were staged nearby, ready for installation.

One piece had been partially lifted into the air by a crane.

There were more workers at ground level in the construction site, working on the framework pieces.

Some sections of the tarp protecting the coaster have faded in the sunlight.