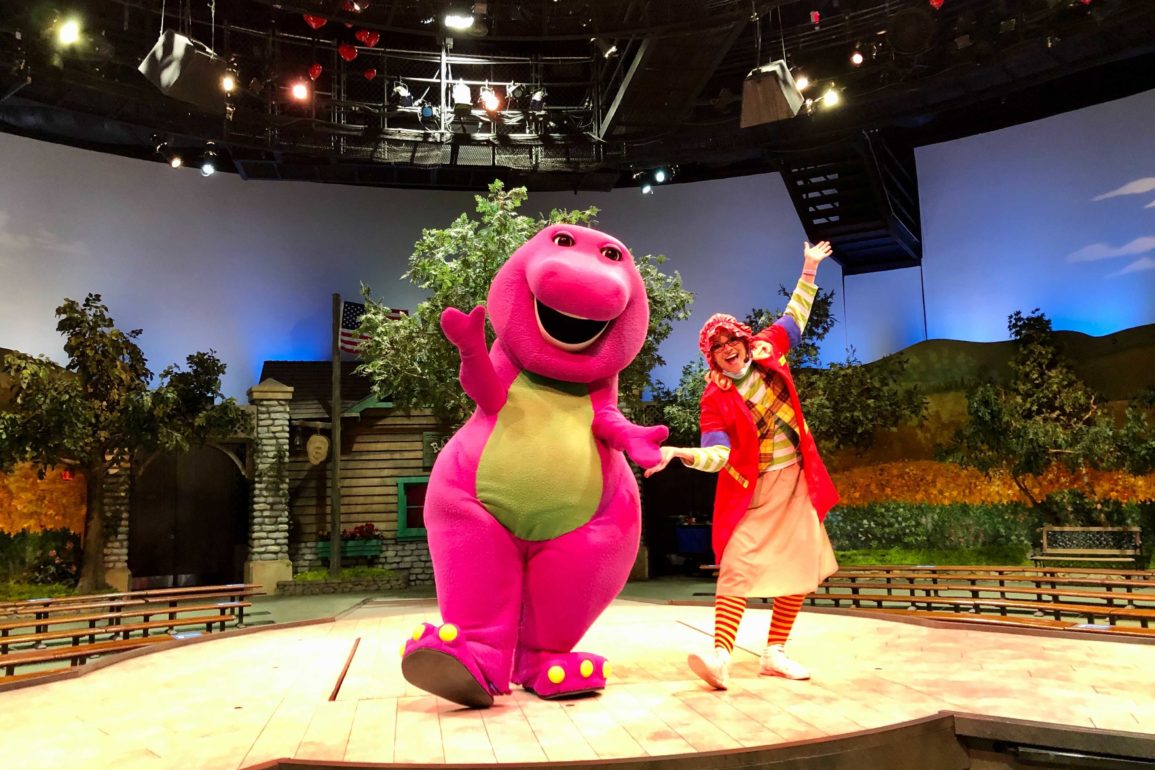 RUMOR: “A Day in the Park With Barney” Closed Permanently at Universal Studios Florida

Barney, the lovable purple dinosaur from Barney & Friends, has been a staple in many of our lives growing up. In addition to being on TV, Universal Studios Florida has had a long running show in the park called A Day in the Park with Barney. The show brought Barney, BJ, and Baby Bop to life on stage in front of audiences daily, thanks to a little imagination and help from Mr. or Mrs. Peek A Boo. Unfortunately, the show would close on August 9, 2020, along with several other attractions, due to COVID-19 and lower park attendance. As the parks got busier towards the holidays, a few of those attractions reopened, but A Day in the Park with Barney has remained closed. While the show was temporarily closed, we had the pleasure of seeing the characters out daily for meet and greets in KidZone.

As you approached KidZone, you would often hear music from the show played over the speakers as well as Mr. and Mrs. Peek a Boo interacting with guests. We watched many guests get excited and take the opportunity to get a socially-distanced photo with the characters. Now, this meet and greet has stopped and Barney and friends have disappeared from the park.

Rumors have been swirling that with the removal of the characters, Universal Orlando Resort could be retiring the show for good and that it may never reopen. This is sad news after such a long run in the park. You can watch the full video below of A Day in the Park with Barney.

What do you think of Universal Orlando potentially closing the show for good? Let us know in the comments and be sure to keep following Universal Parks News Today for more updates on this story.