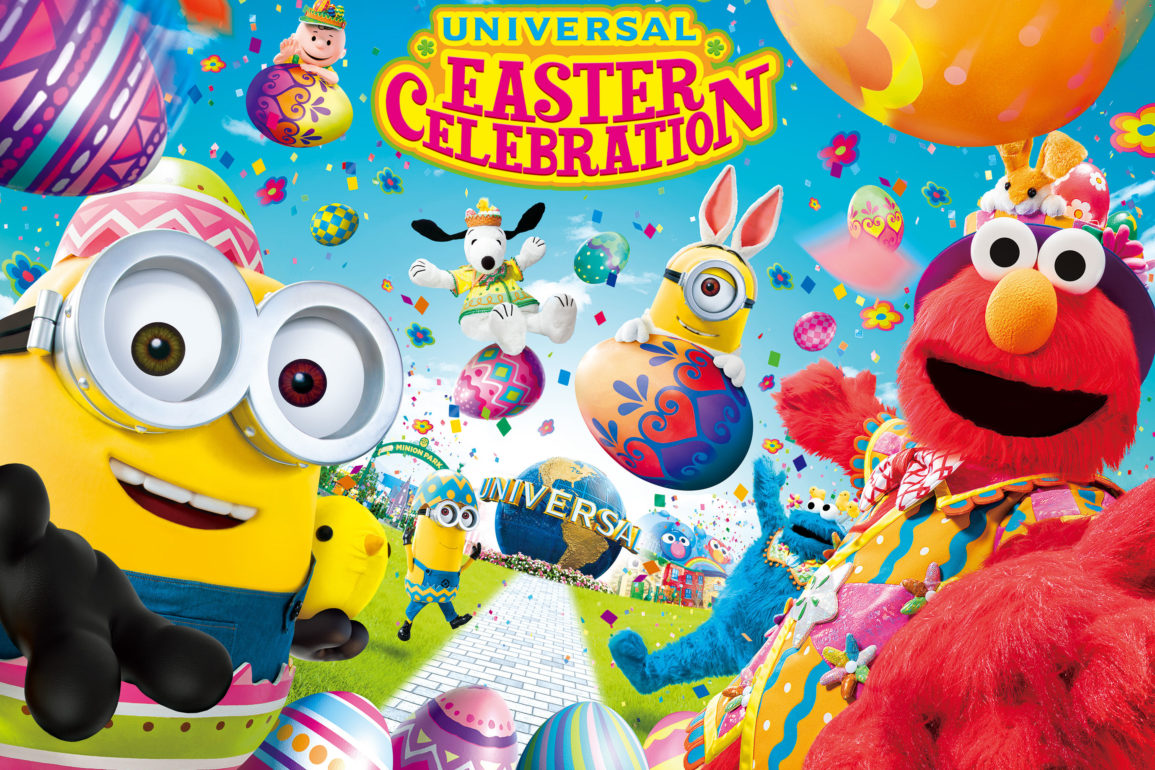 We’re only a week into 2021, but Universal Studios Japan is already prepped and ready for springtime! Today, the park announced the return of the popular Universal Easter Celebration, the second phase of the park’s 20th anniversary “NO LIMIT!” celebration.

The park will be covered in adorable pastel and Easter decor, and many of your favorite Universal Studios Japan friends will be dressed in Easter-only costumes! There’s special decor, merchandise, and food dedicated to the season on their way featuring egg and pastel motifs, and even a special activity for folks that can’t visit the park.

The Minions are, of course, included in this delightful celebration as well. Minion Park will be decorated top to bottom for springtime, and the Minions will greet Guests in goofy and adorable seasonal costumes!

An upcharge Easter Egg hunt will also be available. Guests will be able to search around the park to find the Easter Eggs that the Minions and Elmo have left behind!

If Guests can find them all, they’ll be able to collect this limited Elmo gold medal!

A video will be available for a limited time so Guests can join with both common and rarely-seen Universal Studios Japan characters to cook Easter food right at home! The park says that the video will overflow you with cuteness and Easter spirit!