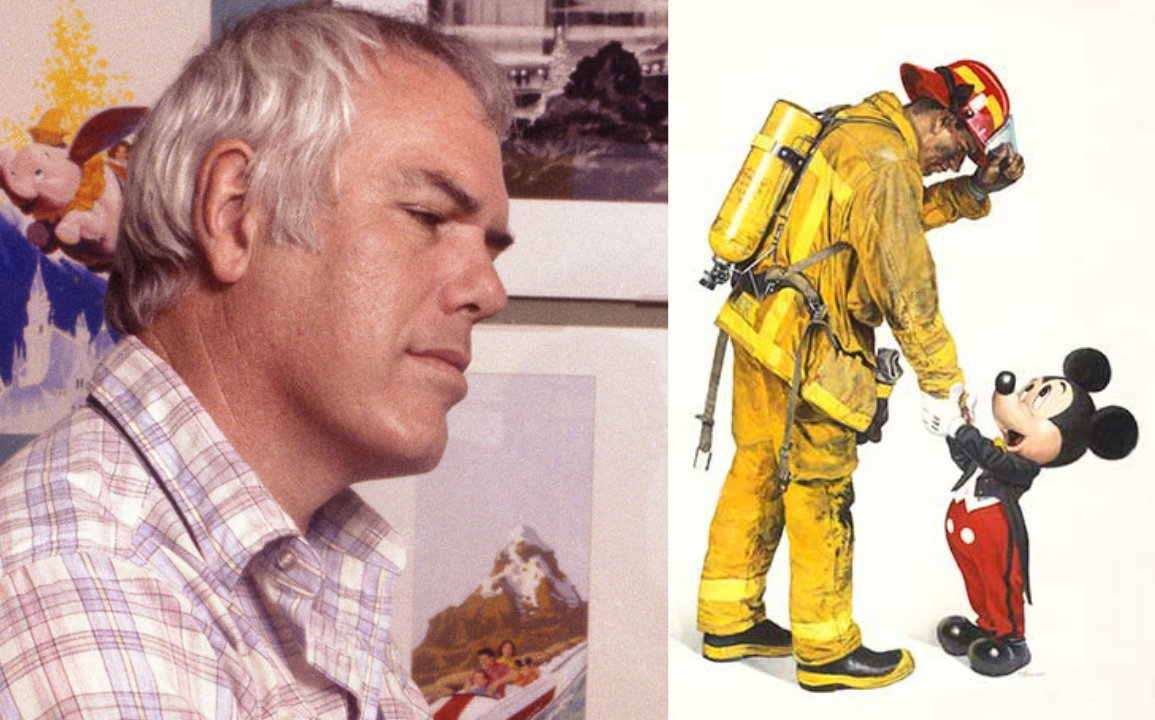 D23 has announced that Disney Legend Charles Boyer passed away on February 8, 2021, in Ontario, California.

Boyer accepted a “temporary” job at Disneyland as a portrait sketch artist in the fall of 1960 and remained there for 39 years. He had the unique distinction of having been Disneyland’s first full-time artist and eventually was elevated to become Disneyland’s master illustrator. He captured in his work the unique and fanciful spirit of Disney characters and theme park environments.

During his 39 years with Disneyland, Boyer produced nearly 50 collectible lithographs, as well as a diverse range of artwork for magazine covers, brochures, and flyers—even Company-commissioned oil portraits for retiring employees. He worked in all media, including pastels, oils, watercolors, gouache, acrylics, pencil, and ink. He created such well-loved pieces as “Partners,” a 1981 painting of Walt Disney hand in hand with Mickey Mouse (shown in a different pose from the later “Partners” statue seen at Disneyland), and “Triple Self-Portrait,” the 1978 work based on Norman Rockwell’s similarly titled painting, featuring Walt Disney looking into a mirror and painting a portrait of Mickey Mouse.

On his retirement in 1999, the artist reflected, “I’ve worked with such great people. My wife used to ask if I was actually getting any work done, because I was having so much fun.”

He is survived by two children, Bruce and Naomi. His wife, Ellen, preceded him in death.