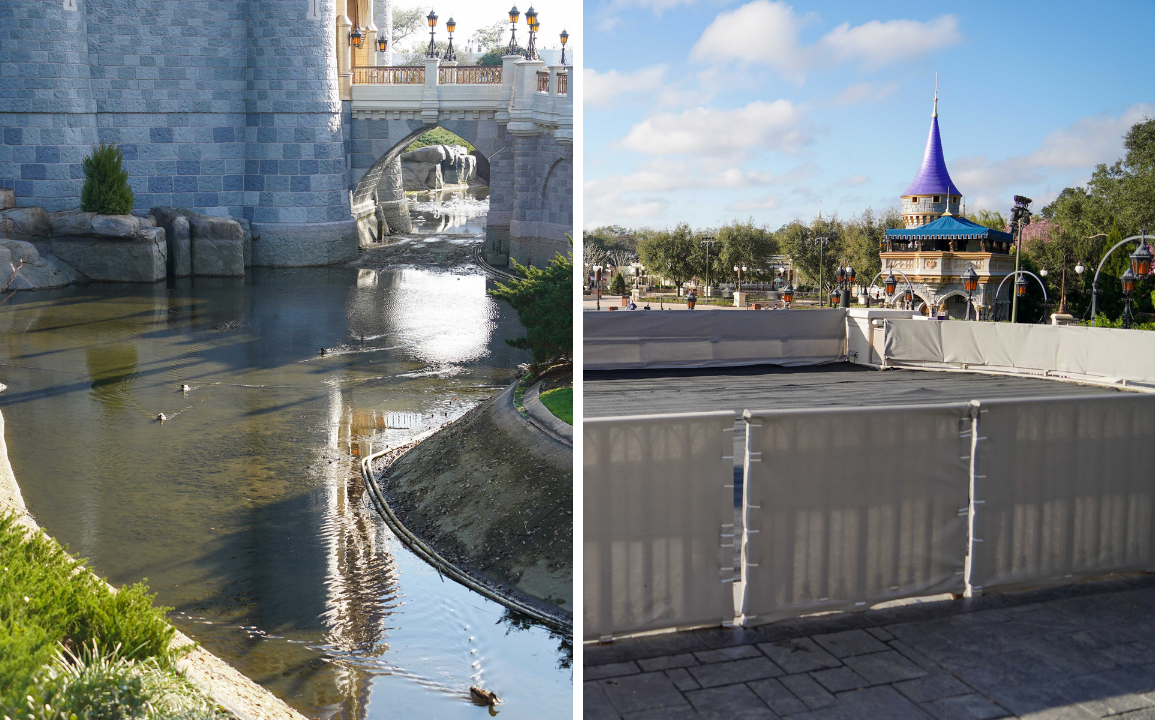 With the 50th Anniversary of the Walt Disney World Resort bringing festivities to the parks later this year, Cinderella Castle at the Magic Kingdom is preparing to undergo an EARidescent transformation.

Blocked off with shrubbery and prepped with scrim, Cinderella Castle is ready for its 50th-anniversary makeover — once the draining of the moat is complete, that is.

Draining of the Cinderella Castle moat began with damming of the east and west sections, and the water has been receding since.

Birds are able to wade in the shallow waters here on the west side.

The beloved Disney ducks are still enjoying the waterways surrounding the castle.

On the east side of the castle, we found more birds wading as they enjoy the more shallow waters.

With a closer look, we can see the true extent of the damming.

The moat contains a lot of water, so it may take a few days to completely drain.

As for the stage, the front of Cinderella Castle has been blocked off with shrubbery for its refurbishment.

The stage has since been cleared of its platforms, leaving a bare tarp and scrim-covered fencing.

This morning we saw that additional fencing has been installed and also covered with scrim.

According to an artist rendering, the new daytime look for the Cinderella Castle will feature bunting and a 50th-anniversary crest as part of its festive new look.

Keep an eye on WDWNT as we update you on the preparations around Walt Disney World in anticipation for its 50th anniversary.