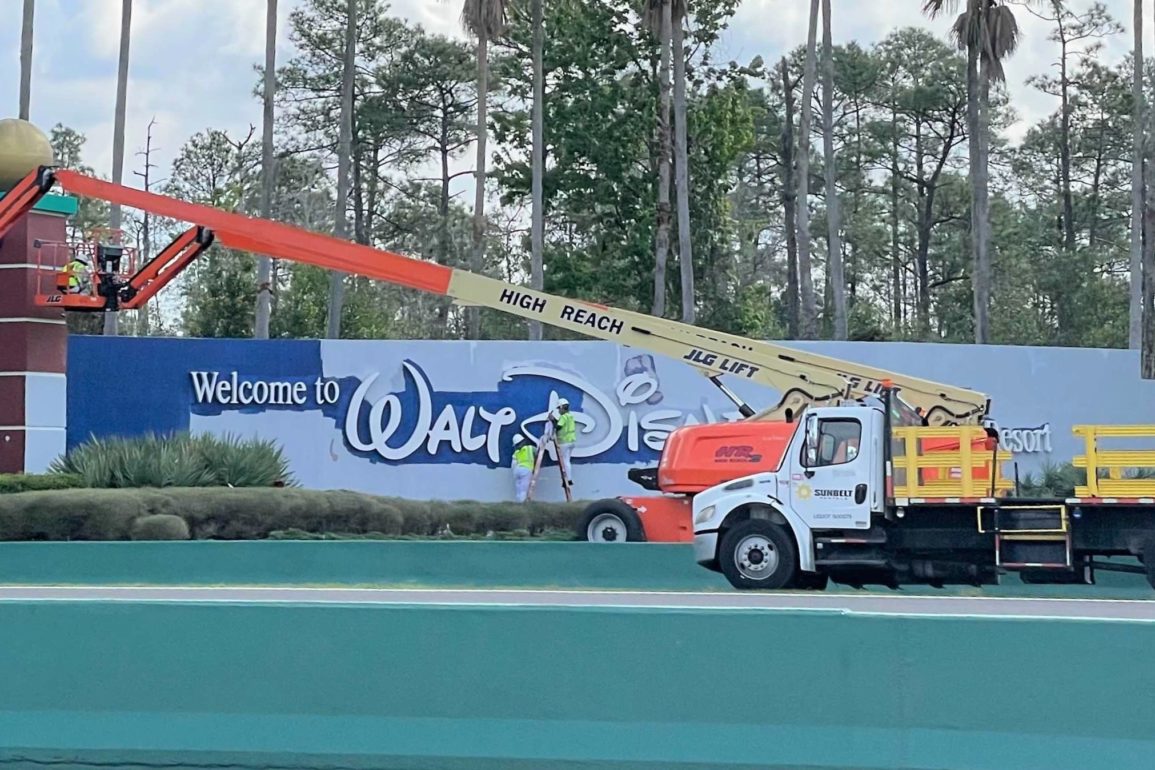 The makeover of the World Drive entrance to Walt Disney World continues in advance of the resort’s 50th anniversary. Previously, we’ve seen the exit side get work done, and today, we’re seeing the front of the entrance get some attention.

Painting is well underway on the new color scheme, as the “Welcome to Walt Disney World Resort” begins to show its royal blue look. The archway has yet to receive its part of the refurbishment, which will see the white lettering on a blue background.

Painters were also seen by the portion featuring Donald Duck as the brick red columns are primed to be repainted to a stone gray. Meanwhile, workers take care to keep the white text clean as the sign is painted.

Currently, all entrances to Walt Disney World are planned to be refurbished in time for the 50th in October. We’ve already seen the look completed on Western Way, Hotel Plaza Boulevard and Osceola Parkway. After World Drive, only the World Center Drive will be left to be finished. As we’ve seen, the bold royal blue, gold and grey design will invite guests to be part of all the fun that the 50th anniversary celebration will bring.

Keep reading WDWNT as we continue to report on the ongoing refurbishments of Walt Disney World’s entrances!