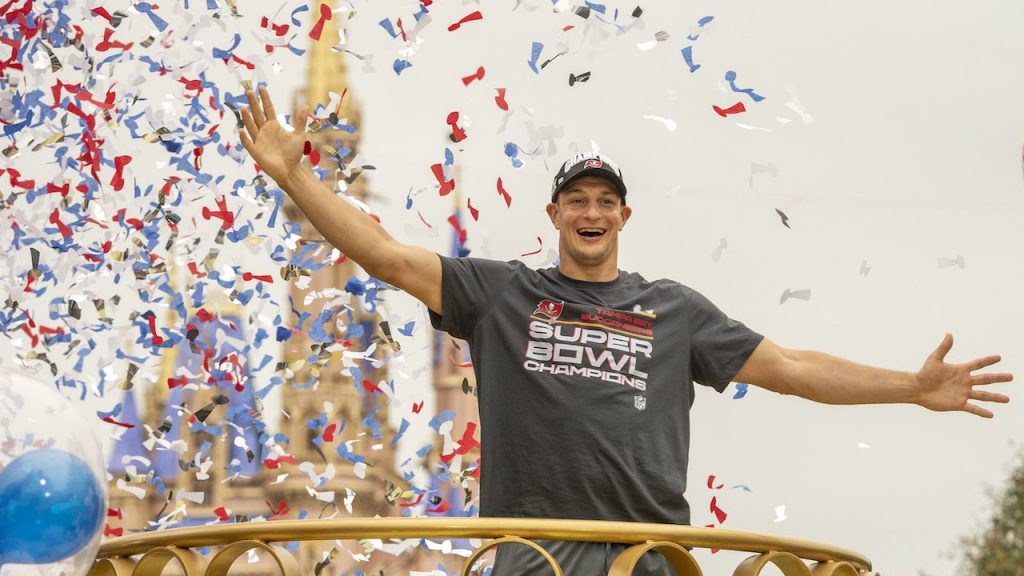 Yesterday the Tampa Bay Buccaneers won the Superbowl, and Tom Brady and Rob Gronkowski both excitedly said they were going to Walt Disney World following the game.

The football player looked like he had a blast at the Most Magical Place on Earth.

Gronkowski resisted the First Order with his nephew, Jayce Gronkowski as they posed for a photograph inside the queue to Rise of the Resistance.