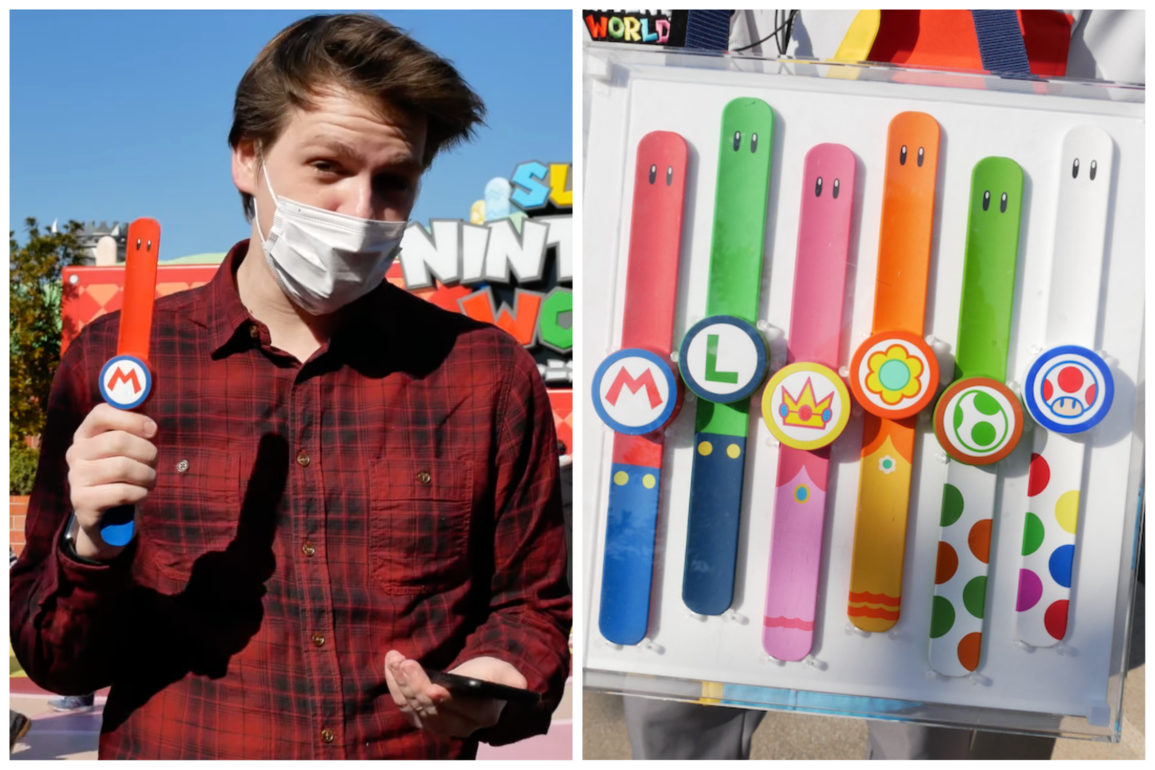 One of the key features of Super Nintendo World is how interactive everything is. From the coin-filled ? Blocks littered throughout the land to the Key Challenges and even aboard the attractions themselves, everything is linked together to earn coins and stamps! But how do you get all of that connectivity and interactivity? Why, with a Power-Up Band of course! We’ll introduce you to all six kinds, as well as show you a short video on how to set them up on your Universal Studios Japan app! Plus we’ll introduce you to some of the Super Nintendo World-specific app functions!

There are six types of Power-Up Band: Mario, Luigi, Princess Peach, Princess Daisy, Yoshi, and Toad. The type of band you choose defines which team you’re part of in the app. Each team competes every 30 minutes to get the most points, which you can view in the Universal Studios Japan app.

Before you proceed, you’ll want to get a hold of the Universal Studios Japan app, available on iOS and Android. After that, just do what Spencer does in the YouTube video below, and you’ll be all set to play in Super Nintendo World!

Did you find this explanation helpful? Be sure to let us know in the comments below, and stay tuned to Universal Parks News Today for full coverage of Super Nintendo World in Osaka!