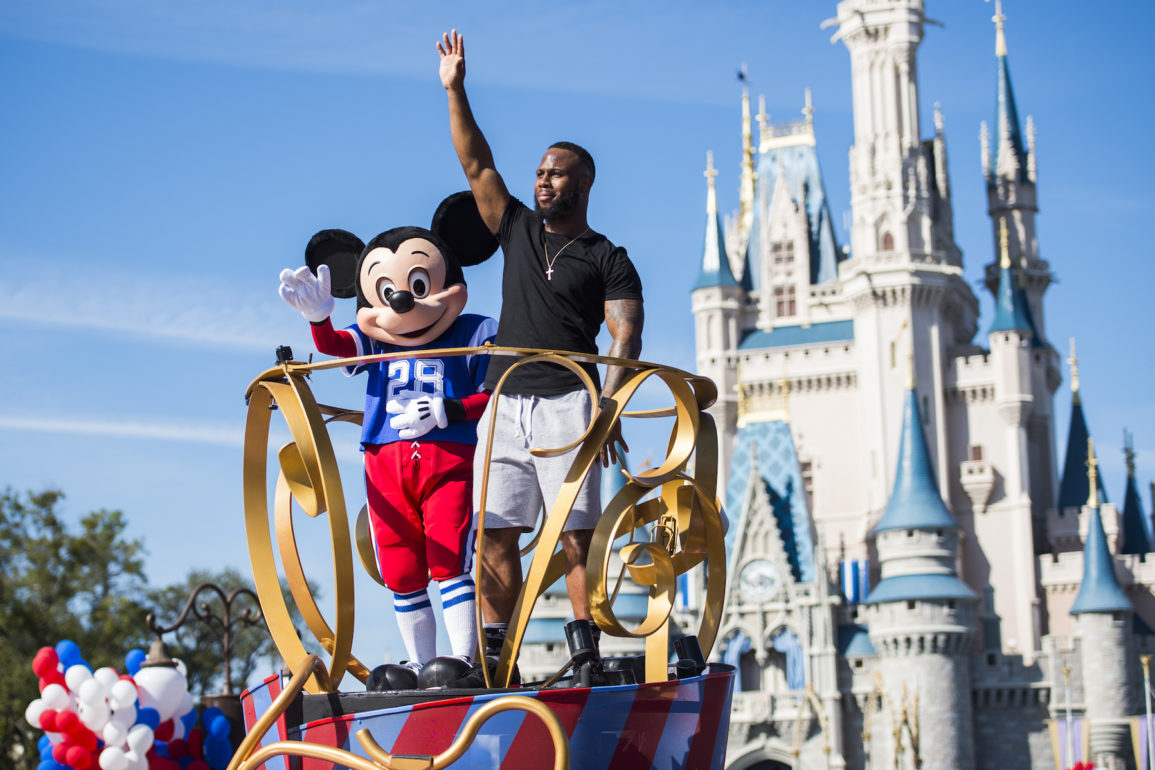 NFL Super Bowl star running back James White starred in a milestone Disney moment Monday, Feb. 6, 2017, – "going to Disney World" in a celebration parade down Main Street, U.S.A. at Magic Kingdom Park in Lake Buena Vista, Fla. White, who helped rally his team to a dramatic 34-28 overtime win over Atlanta in Super Bowl LI, continues a Disney tradition dating to 1987. White turned in an electrifying performance Sunday, scoring three touchdowns in the greatest comeback in Super Bowl history. On Monday, White shared a float with Mickey Mouse and other Disney characters in a high-energy parade complete with confetti. Both Walt Disney World Resort in Florida and Disneyland Resort in California have honored special achievement across the 30-year history of "going to Disney" celebrations. (Steven Diaz, photographer)
Home
Parks & Resorts

With Sunday’s big game kicking off just down the road, Disney, like many others, is gearing up for the excitement of Super Bowl weekend. That being said, Walt Disney World has announced that they will not host the annual Super Bowl parade down Main Street U.S.A. at Magic Kingdom Park this year.

Disney will continue the time-honored tradition of featuring the Super Bowl star player in the iconic “I’m Going to Disney World!” commercial on Sunday night. Be sure to stay tuned after the big game to catch the commercial on major TV networks and social media.

Disney Parks stated that they hope to be able to bring back their other Super Bowl traditions next year, including letting football and Disney fans see and cheer on their favorite player in the park.

This year’s commercial will be the latest installment in a long-running Super Bowl tradition created by Disney in 1987 when New York Giants quarterback Phil Simms first appeared in the commercial following the team’s Super Bowl victory. Since then, the commercial has featured some of the biggest names in Super Bowl history.