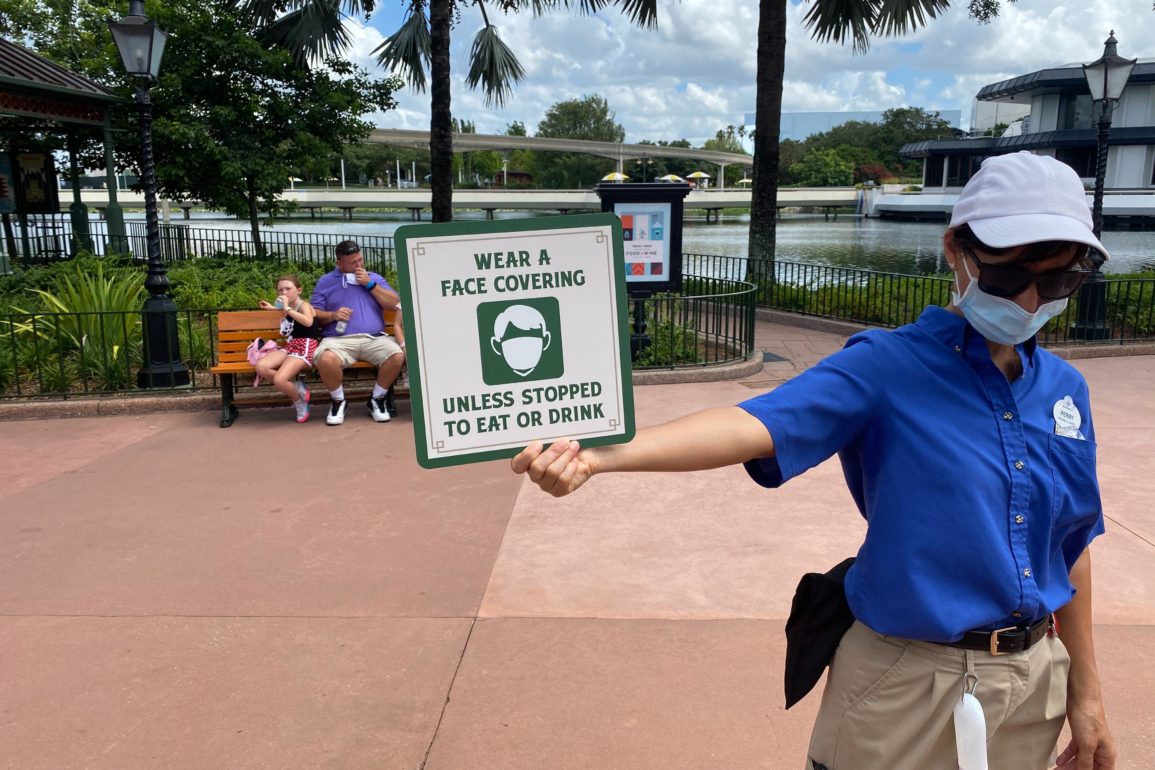 According to the Orlando Sentinel, Cast Members have endured abuse from guests while enforcing COVID-19 safety protocols such as mask wearing and physical distancing. Police reports have been filed against guests that have abused Cast Members by spitting on them, shoving them, and even attempting to pull a gun on them.

One particular altercation took place where a guest became so enraged when asked to put on his face mask, that he attempted to draw the gun from an Orange County Sheriff Deputy. The man was drunk and upset when Reedy Creek firefighters asked him to step back and put on a mask. They were called to help his wife whom hurt her ankle at the Walt Disney World Dolphin Resort. The man threatened to kill the Sheriff Deputy and attempted to physically assault the officer before reaching for his gun. The guest was charged with battery on a law enforcement officer.

Another man plead not guilty of disorderly intoxication after an altercation with law enforcement when continually removing his mask and refusing to physically distance himself from other guests at Disney Springs. Guests have been caught attempting to avoid mandatory temperature checks and refusing to stay physically distant from others. One guest threw their phone at a Starbucks employee when asked to stay distanced from others. Countless stories are popping up of guests abusing both Cast Members and law enforcement over COVID-19 precautions.

Disney created their own specialized safety task force that helps keep guests in compliance with the precautions, however every Cast Member is trained to speak up when they see a guest breaking those policies.

A Cast Member temporarily working in the COVID-19 policy enforcement team told the Orlando Sentinel, “There’s never a day when I don’t have a story. I cried the first week I started. It was not a good time at all. Imagine going to work every single day where people ridicule you.”

It is Disney’s policy that all guests over the age of two must wear a face mask unless “actively eating or drinking” in a stationary location. All Cast Members are expected to help enforce those rules so the parks can stay open, and most importantly to keep everyone safe.